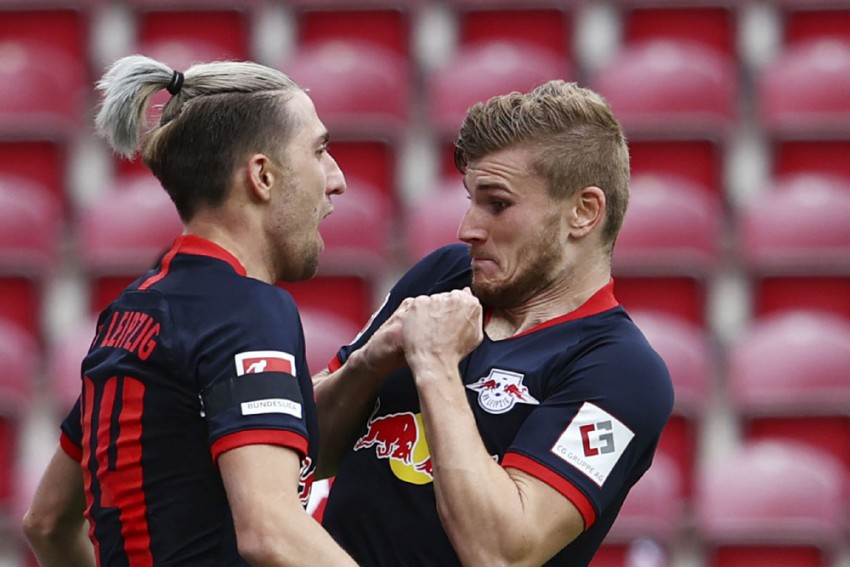 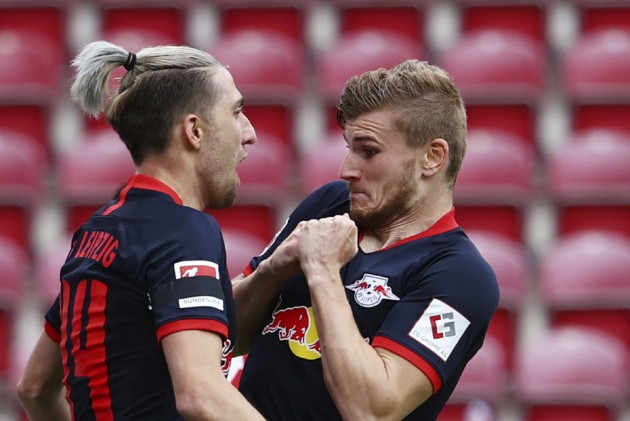 RB Leipzig were at their devastating best as they crushed Mainz 5-0 away from home on Sunday, Timo Werner's hat-trick helping to reinvigorate their Bundesliga title challenge. (More Football News)

Julian Nagelsmann's side had lost ground in their most recent domestic matches, drawing three in a row, but found a familiar groove again in their second outing since the season's resumption.

Leipzig played some wonderful football and blew Mainz away as they moved back up to third and within seven points of the summit.

Werner got Leipzig up and running early on with just his second goal in nine league games, before Yussuf Poulsen – also a scorer last weekend – and Marcel Sabitzer had relentless Leipzig effectively home and dry by half-time.

The hosts were fortunate to avoid a demolition in the second half, with Leipzig proving a little more wasteful with their finishing.

But Werner still managed to add another two goals to complete a second hat-trick of the season against the same opponent – a feat not managed in the Bundesliga since 1998-99 – and take his tally to 30 for the campaign across all competitions.

3 - @TimoWerner is the first player since 1998-99 (Ulf Kirsten vs Mönchengladbach) to score two hat-tricks against the same opponent in the same #Bundesliga season. Unstoppable. @RBLeipzig_EN #M05RBL pic.twitter.com/tAyjboJLe8

Given Werner's exploits the last time these teams met, having a hand in six of Leipzig's goals during an 8-0 win, it was perhaps unsurprising – despite his recent struggles – that he would be the one to open the scoring here as he guided Konrad Laimer's low cross in from an acute angle.

Poulsen made it 2-0 soon after in the 23rd minute, rising to meet Sabitzer's cross with an emphatic header on his 250th appearance for the club.

The pair then swapped roles nine minutes before the break, Poulsen's cut-back teeing up Sabitzer for a first-time finish into the top-right corner after Mainz – who had little answer to Leipzig when in full flow – were caught by a devastating counter-attack.

Mainz were ruthlessly carved apart again just after the restart. The lively Kevin Kampl charged into the box after a one-two with Christopher Nkunku and pulled the ball back for Werner to apply the straightforward finish.

Several opportunities went begging for the visitors, who also had a Kampl effort disallowed for an apparent offside, but Werner did eventually complete his treble 15 minutes from time, racing on to a lofted pass from Poulsen and nudging the ball past the approaching Florian Muller.

What does it mean? Leipzig show they are up for the fight

This victory does not instantly put Leipzig back in the hunt for the title – after all, they remain seven points adrift of pacesetters Bayern.

But it is not inconceivable to think Die Roten might drop points at Borussia Dortmund on Tuesday, and it is worth noting Leipzig have a relatively easy-going run-in – they will only face one of the current top eight before the season ends.

Werner was obviously key, but Kampl was arguably even better. The Slovenian oozed class throughout in midfield, his use of the ball and ability on it helping to pull the answerless Mainz defence this way and that. He supplied three key passes and got an assist for the Germany striker's second strike – the only thing was missing was a goal, which Kampl was controversially denied by an offside decision in the second half.

St. Juste with a day to forget

Mainz centre-back Jerry St. Juste made one good clearance late on, though by that point the game was already lost. Before then, the Dutchman had done little to halt the Leipzig onslaught, and he failed to make a single tackle or interception.

With Der Klassiker taking place a day prior, Leipzig could host Hertha Berlin on Wednesday with the title race having been blow open. Mainz have an entirely different reality, however, with their trip to Union Berlin on the same day providing them with a chance to increase the gap between them and the bottom three.