Robert Lewandowski's club-record scoring streak for Bayern Munich ended at 19 consecutive games on Friday when the Poland star failed to get on the scoresheet. 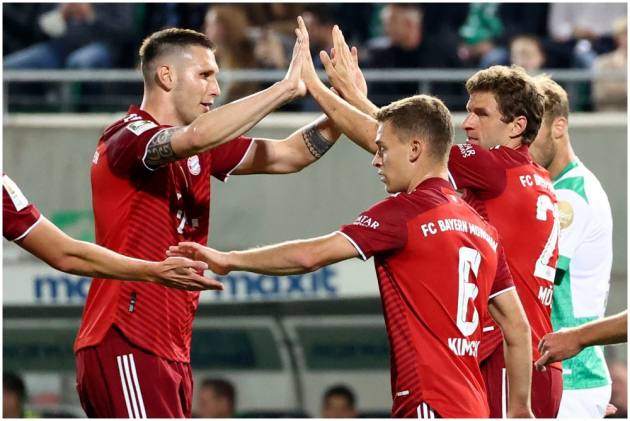 For once, Robert Lewandowski didn’t score. The Poland star’s club-record scoring streak for Bayern Munich ended at 19 consecutive games on Friday when he failed to get a goal in his team’s 3-1 win at last-placed Greuther Fürth in the Bundesliga. (More Football News)

Lewandowski, who hit the crossbar in the 40th minute, also missed out on equaling Gerd Müller’s record of scoring in 16 Bundesliga games in a row. Lewandowski’s 19-game run includes matches in the league, Cup and Champions League going back to a 3-3 draw with Arminia Bielefeld on February 15.

Furth, which hadn’t won any of its opening five Bundesliga games since promotion, made a reasonable start but was caught cold when Thomas Muller opened the scoring in the 10th minute.

Canadian international Alphonso Davies set off on a counterattack down the left-wing and his cross took a kind deflection for Muller to dispatch the ball in off the right post from outside the penalty area.

Joshua Kimmich’s second goal for Bayern in the 31st was similar, this time Leroy Sane providing the cross. Furth’s defenders allowed the Bayern players too much space – though not enough for Lewandowski.

The home team was given a lifeline in the 48th when Benjamin Pavard was sent off for a bad challenge on American midfielder Julian Green, who would have been through on goal.

But Bayern still had enough offensive power to extend its lead in the 68th, when Sebastian Griesbeck scored an own-goal under pressure from Lewandowski, who looked disappointed not to have scored himself. Cedric Itten got a late consolation for Furth in the 87th.

Bayern consolidated top spot after taking the league lead with a 7-0 rout of another promoted team, Bochum, last weekend. “We're happy with how it's going but we mustn’t lose touch – it's about always taking the next step. That's the most fun, to keep improving,” Muller said after scoring his second league goal of the season.

“In the end it's a sport based on results ... especially in Germany, especially for us, the results are going our way. So nobody has anything to complain about. But we mustn't lose touch with our own development.”