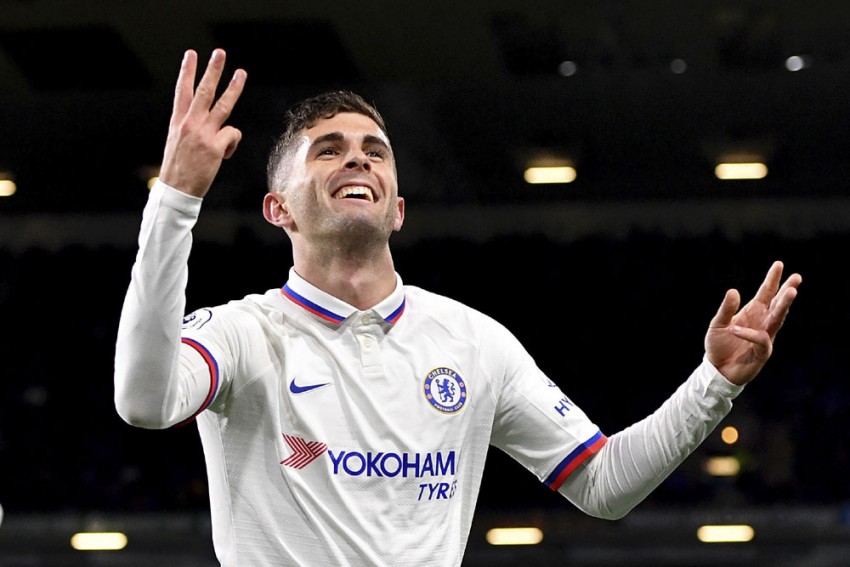 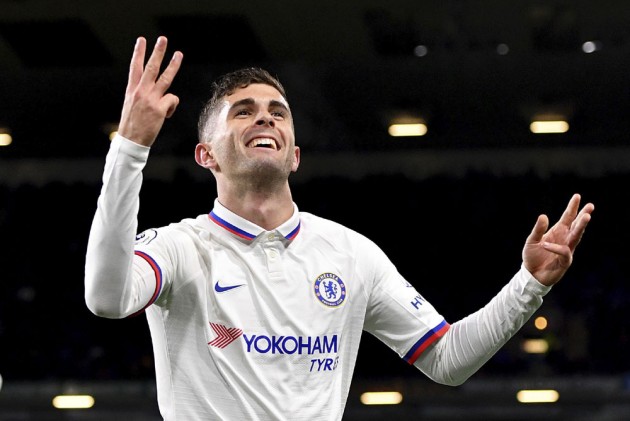 Christian Pulisic plundered a hat-trick as Chelsea made it seven consecutive wins across all competitions with a 4-2 Premier League win over Burnley on Saturday.

Pulisic – a close-season arrival from Borussia Dortmund – had not started a league game for the Blues since August but repaid manager Frank Lampard's faith in selecting him over Callum Hudson-Odoi with a stunning display.

He opened his account for the club with a fine solo effort in the 20th minute before adding a second goal with a deflected strike on the stroke of half-time.

The 21-year-old completed his treble 11 minutes after the restart, with Willian adding a fourth soon after against the sorry Clarets, who scored late consolations through Jay Rodriguez and Dwight McNeil.

Both sides attacked with intent in the opening stages, but it was Chelsea who struck first.

Pulisic powered towards the Burnley penalty area after Matthew Lowton slipped just inside his own half. The American waltzed past James Tarkowski and slid a fine left-footed effort past Nick Pope.

The Burnley goalkeeper denied Pulisic a swift second, while at the other end Kepa Arrizabalaga kept out a deflected Erik Pieters effort and Ashley Barnes inexplicably headed wide at the back post.

There was little Pope could do to deny Pulisic on the stroke of half-time, the winger's low strike from 15 yards taking a wicked deflection off Ben Mee on its way into the net.

Pulisic completed his treble in the 56th minute when he converted Mason Mount's cross with the top of his back after missing with his head.

That was followed just two minutes later by Willian's second league goal of the season, the Brazilian collecting Tammy Abraham's pass, surging into the area and drilling a low strike past a helpless Pope.

Chelsea thought they would have the opportunity to make it 5-0 but Michael Oliver's decision to award a penalty for a trip on Hudson-Odoi was overturned after a VAR review. The substitute was instead booked for a dive.

The hosts ended the game on the front foot, with Rodriguez hammering home from 25 yards and McNeil seeing a deflected effort fizz past Kepa inside the final five minutes, but it was too little, too late for Sean Dyche's side.

What does it mean? Blues youngsters continue to shine

After just two wins in their opening six Premier League games of the season, Lampard's side have now reeled off four victories on the spin in the competition. The Blues boss has a team brimming with young talent, who are making a mockery of those who expected them to struggle amid a transfer ban this season. If they are playing like this after just 10 games, how good could they be come the end of the season?

The United States international channelled his frustration at a lack of playing time to superb effect at Turf Moor, scoring three goals in what was an impressive all-action display.

It was not long after Pulisic's first that Barnes headed wide from point-blank range. Dyche will be stewing over what might have been had his top scorer taken that golden opportunity.

Chelsea host Manchester United in the EFL Cup last 16 on Wednesday before travelling to Watford in the Premier League on Saturday – the same day that Burnley visit Sheffield United.