Kidambi Srikanth, seeded 12th, got better of Spain's Pablo Abian 21-12, 21-16 in the ongoing BWF World Championships 2021. The Indian will next face Chinese Li Shi Feng in the second round. 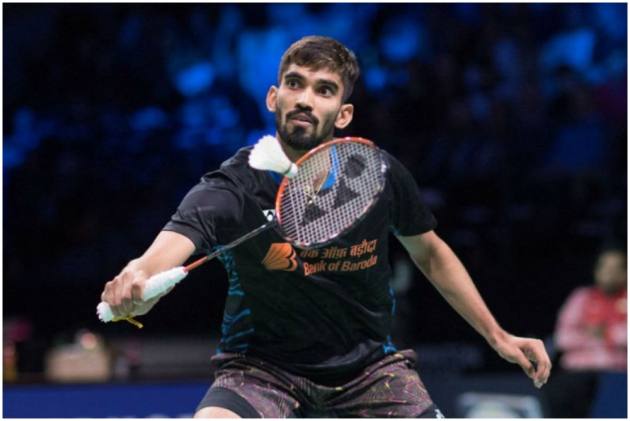 Indian badminton ace Kidambi Srikanth beat Pablo Abian of Spain to begin his BWF World Championships 2021 campaign on a winning note in Huelva, Spain on Sunday. The 12th seeded Indian beat the local challenger 21-12, 21-16 in 36 minutes in the first round of the men’s singles event. (More Badminton News)

The Indian men’s doubles pair of Manu Attri and B Sumeeth Reddy, however, lost in straight games against Joel Elpe and Rasmus Kjaer of Denmark in the opening round. Attri and Sumeeth lost 16-21, 15-21 in 32 minutes to make an exit from the showpiece event. (Live Streaming)

Earlier in the day, the women’s doubles pair of Pooja Dandu and Sanjana Santosh retired after they lost the first game 12-21 to the Dutch duo of Alyssa Tirtosentono and Imke van der Aar. Reigning champion PV Sindhu, who got a bye in the first round, will open her campaign against Martina Repiska of Slovakia.

Meanwhile, Indian Lakshya Sen got a walkover in his first-round clash. He will face 15th seed Japanese Kenta Nishimoto in the second round. Chinese Li Shi Feng, who defeated Timothy Lam of USA, will be Srilanth's opponent in the next round.