Cafu On Diego Maradona: To Watch Him Play Was Ubelievable, The Best Thing In The World 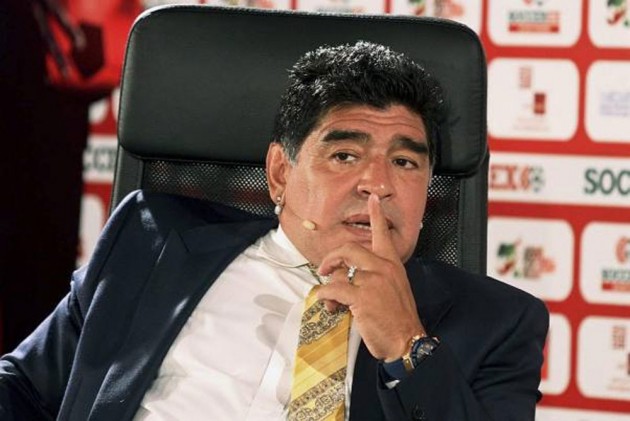 Watching Diego Maradona play was "the best thing in the world" for Cafu, who has described the late Argentina great as a genius. (More Football News)

The sporting world mourned the death of a legendary figure after Maradona died on November 25 at the age of 60.

He won 91 caps for Argentina between 1977 and 1994 - including leading his country to World Cup glory in 1986 - and will forever be an icon at Napoli, having won the Serie A title twice while in Italy.

Cafu may have represented Brazil - Argentina's rivals - but is full of admiration for Maradona, whom he says sits on the same level as Pele when it comes to discussing the greatest of all time.

"He was one of the best ever, without any doubt," Cafu told Stats Perform News courtesy of Nissan.

"There are only two best ever: Dieguito, as I called him, and Pele.

"Football lost the magic of touching the ball. Dieguito cared for the football like you care for a child. He really joked with the football and the sport.

"For us, fans and players, to watch him play was unbelievable, the best thing in the world. I remember a set-piece he took inside the box [against Juventus], he just caressed the ball and laid it in the goal.

Pele himself described Maradona as a "true legend" in a heartfelt Instagram post following the news of his friend's passing last month.

"Many people loved to compare us all their lives. You were a genius that enchanted the world. A magician with the ball at his feet. A true legend. But above all that, for me, you will always be a great friend, with an even bigger heart," Pele wrote to accompany a picture of the pair.

"Today, I know that the world would be much better if we could compare each other less and start admiring each other more. So, I want to say that you are incomparable."

Napoli, meanwhile, now play at the Stadio Diego Armando Maradona, the name of the ground having been changed in honour of their former player.