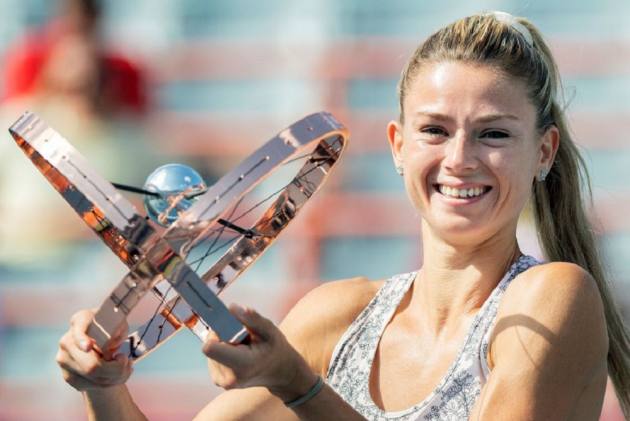 Giorgi, who was unseeded and came in ranked 71st, used a strong service game to best the sixth-ranked and fourth-seeded Pliskova, winning 71% of her first-serve points and finishing with seven aces.

Tears welled in Giorgi's eyes as she broke Pliskova's serve to close out the match.

The Italian took out No. 9 seed Elise Mertens in the first round, No. 7 seed Petra Kvitova in the round of 16 and No. 15 seed Coco Gauff in the quarterfinals.

She seized the momentum Sunday by breaking Pliskova's serve to go up 4-3 in the first set, a result that led Pliskova to throw her racket to the court.

Pliskova was playing in her first tournament since a three-set loss to top-ranked Ash Barty in the Wimbledon final. (AP)