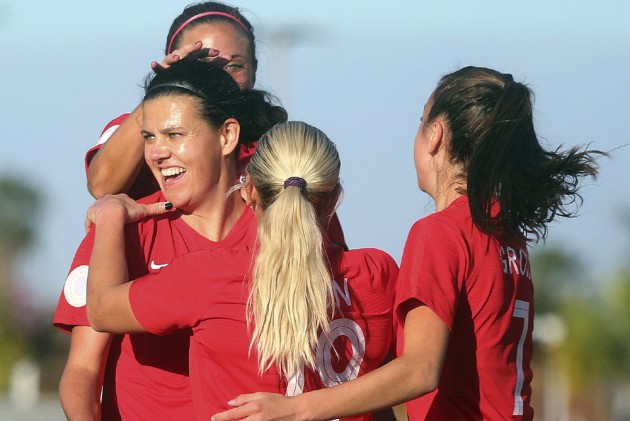 The attacker broke Abby Wambach's record when she scored her 185th goal for Canada in the 23rd minute of an 11-0 win over Saint Kitts and Nevis in Olympic Games qualifying.

Sinclair, 36, earlier opened the scoring with a seventh-minute penalty in her 290th international appearance.

United States legend Wambach - who netted her 184th goal in 2015 - held the record for over six years after surpassing compatriot Mia Hamm's 158 goals in June 2013.

"I definitely feel a relief," Sinclair, an international since 2000, told Canada Soccer.

She made history tonight. Post-match comments from our Captain Christine Sinclair!#Sincy185 #CANWNT pic.twitter.com/mYlzYul22K

"Especially with the tournament we're in right now, there's some big things to focus on.

"It's nice to get it out of the way in the opening game so now we can focus on getting better, improving and qualifying for the Olympics."