The opener headlined a rain-hit Day 1 with a career-best knock of unbeaten 80 as the Indian women finished on 132/1. It was her third Test fifty. 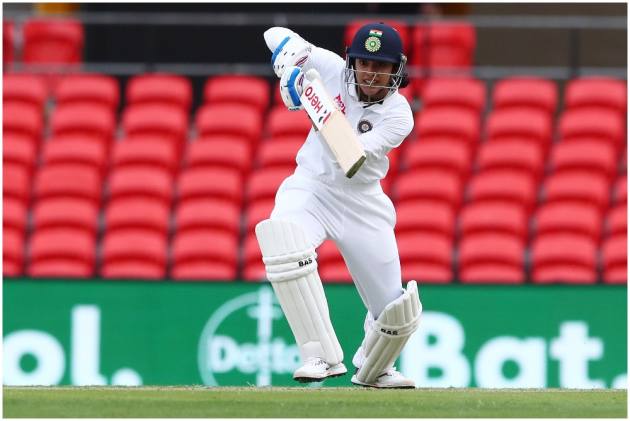 India women’s opener Smriti Mandhana familiarised herself with the pink ball by keeping one in her kit bag for the last three months, looking at it on and off while trying to ‘understand’ it. When the idea struck her, little did Mandhana know that her team would enter it’s first-ever day-night Test match with just two days of training sessions with the pink ball. (More Cricket News)

The idea to keep the coloured ball around her worked well for the stylish player, who was batting on a sublime 80 when inclement weather brought an early end to the opening day of their historic Test, against a formidable Australian side here.

“We just had two sessions with pink ball. I was coming from the Hundred (in England) so I didn’t really get much time to play with pink ball, but during Hundred, I just ordered a pink kookaburra ball, just to keep it in my room because I knew that there is going to be a Test match, so that I can just look at the ball and understand.

Rain plays spoilsport at the Carrara Oval, forcing early stumps on the opening day of the #AUSvIND Test.

“I have actually not batted, I batted for just two sessions but the pink ball was there in my kit bag for last two and half, three months. I don't know why did I carry it, I thought I will have a session but I really didn't get time to do that,” Mandhana said during a virtual press conference on Thursday.

Mandhana headlined a rain-hit opening day with a career-best knock which had elegance written all over it as the Indian women's cricket team finished on 132/1.

Speaking further on her preparation for the pink ball Test, she said, “I don't think we had a lot of time to work regarding this, we are just trying. People who are sitting out really helped, they kept me pumped up throughout the day, they contributed in making me focus in the way I did today,” Mandhana said.

The Indian star said her plan was to just play as per merit and not over complicate things. “I wanted that I just don't look at the scorecard, was just trying to be as blank and simple, play according to the ball. I didn't really plan anything.

“Last two days I felt good, felt I was able to bat well. I will try and do that tomorrow because I don't want to complicate things.” She is also not thinking about a century, focussing only on batting as well as she can to help the team notch up a good first-innings score.

“Not thinking about triple figure at the moment, the team needs me to bat well and in the process If I get one... I am just watching the ball and reacting.” Mandhana is relishing being part of a multi-format tour of a tough cricket-playing nation such as Australia.

“I am loving this multi format series, go and bat with few slips and gully so you have to apply yourself, that really tests you.. You have to focus .. switch on and switch off,” she said. “Test cricket is always about different challenges and we would always want to play as may Tests as possible.”

Hosts Australia decided to put India in to bat after winning the toss but did not enjoy a good start to the game. “They bowled slightly short in the first 15 overs but made up in the latter stages. We are used to batting first now but with the kind of wicket it looked like we also would have batted first. But, looking at the scoreboard now, we are happy to bat first.

“The openers have to step up and provide a good base whenever this kind of conditions come up,” Mandhana said. A strong player on the back foot, Mandhana said batting on matting wickets in her early days contributed to it.

“I think with India being so vast we have different ways of growing up. I played a lot of cricket on matting till I was 15, it bounces a lot more on that.” She lavished praise on her younger opening partner Shafali Verma (31), with whom Mandhana put on 93 runs for the first wicket.

“In England we had 150-odd run partnership. We just try and back each other, we have good conversations. She was really batting well on this wicket.” Mandhana seemed to have slowed down in the latter stages of the day but that had nothing to do with the breaks brought on by lightning and rain. “It was more to do with the field placements and not breaks.”