'Catastrophic' To Suspend Athletes Due To Unpaid Fine: Russia

Russia owes a $5 million fine and $1.3 million in other costs due to doping incidents. 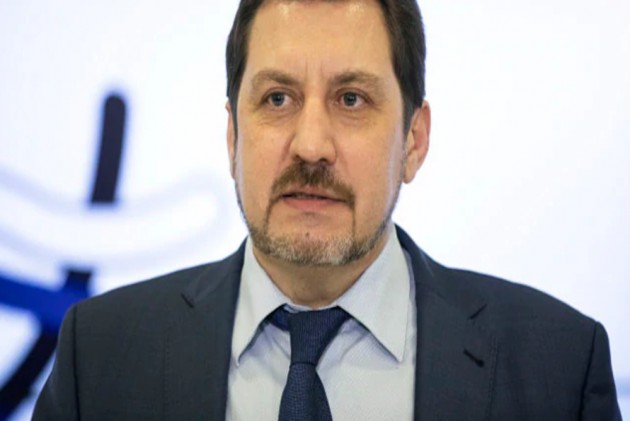 The president of Russia's track and field federation said Friday it is “catastrophic” to suspend Russian athletes' applications to compete over a $5 million unpaid fine for breaking anti-doping rules.

Yevgeny Yurchenko said World Athletics had ignored the impact of the coronavirus pandemic when it held Russia to a Wednesday deadline for payment, which was missed.

World Athletics said Thursday it was freezing the work of the panel which vets Russians who want to compete internationally with “authorized neutral athlete” status.

Russia owes a $5 million fine and $1.3 million in other costs.

The freeze lasts until the World Athletics council meets July 29-30 and could prevent some top Russians competing when the Diamond League restarts next month.

“It is a great pity that in this situation the main blow — terrible, catastrophic — is landing on our athletes, who are hostages of the mistakes which were made in a previous period by people known to us,” Yurchenko said in a statement.

“World Athletics unfortunately is refusing to take into account the economic and epidemiological situation and the damage which has been wrought by the pandemic in Russia and the wider world," he said Thursday.

The fine was imposed in March over a case involving allegedly forged medical documents to give an athlete an alibi for not being available for drug testing, under Yurchenko's predecessor Dmitry Shlyakhtin.

On behalf of the federation, Yurchenko in March admitted charges that it broke anti-doping rules in that case. Disciplinary charges filed against Shlyakhtin and six other people by the Athletics Integrity Unit remain unresolved.

When World Athletics issued the fine in March, Yurchenko pledged that the federation, known as RusAF, would make every effort to pay. He later said it could not afford the payments.

RusAF itself has been under suspension from World Athletics since 2015 over widespread doping. That forces its athletes to register for neutral status to compete outside their home country.