Hearts came agonisingly close to denying Celtic a 12th consecutive domestic trophy, but the Hoops made history at Hampden Park 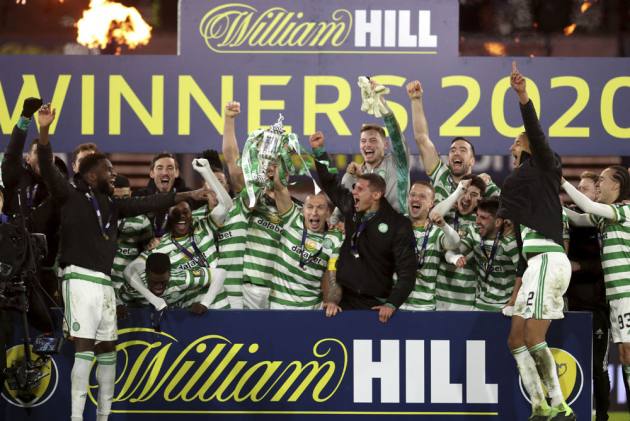 Hoops boss Neil Lennon has been under huge pressure this season, but his side made history at Hampden Park on Sunday.

The Glasgow giants made hard work of completing a fourth successive Scottish Premier League, Scottish Cup and Scottish League Cup clean sweep in a final that was pushed back due to the coronavirus pandemic.

They were level at 3-3 after extra-time, but the Championship leaders went down 4-3 on spot-kicks.

Christie and Odsonne Edouard had given Lennon's side a 2-0 half-time lead, but Liam Boyce and Kingsley struck to force extra-time in an epic encounter.

Leigh Griffiths restored Celtic's lead and, although Josh Ginnelly brought the Edinburgh club level again, the Scottish champions were not to be denied a 12th domestic trophy in a row.