Kaur breathed her last at around 1pm on Saturday and is survived by two sons and a daughter. 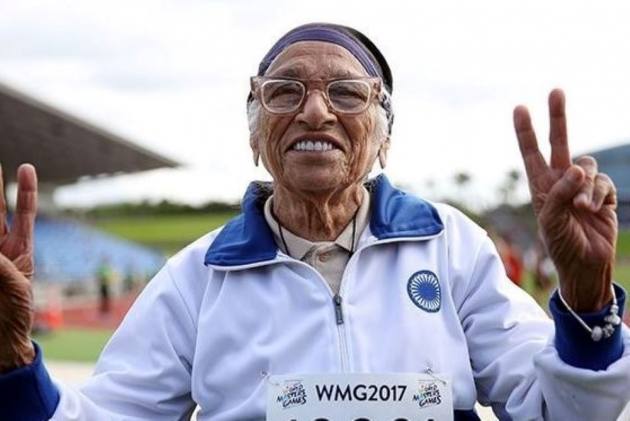 Man was 105 and is survived by two sons and a daughter.

Gurdev said that she was admitted to Derabassi Ayurvedic hospital and breathed her last at around 1 pm today.

"She suffered a heart attack. She was doing fine but we do not know what suddenly happened," Singh said.

Kaur had not been keeping good health for the past some months. She was admitted to Ayurvedic hospital in Derabassi in Mohali.

Run in peace Sardarni Man Kaur, happiness forever! You will remain in our hearts and your youthful energy will be a reminder always to live, live, live !!!!! #RIP

Kaur took to running at the ripe age of 93.

She had won her first medal in 2007 at the Chandigarh Masters Athletics meet, in which she ran "for the heck of it" after seeing Gurdev, eldest of her three children, take part in a race in Patiala.

She shot to fame after winning the 100 metre sprint at the World Masters Games in Auckland in 2017 and held several world records.

She had also won golds in track and field events at the World Masters Athletic Championship in Poland.