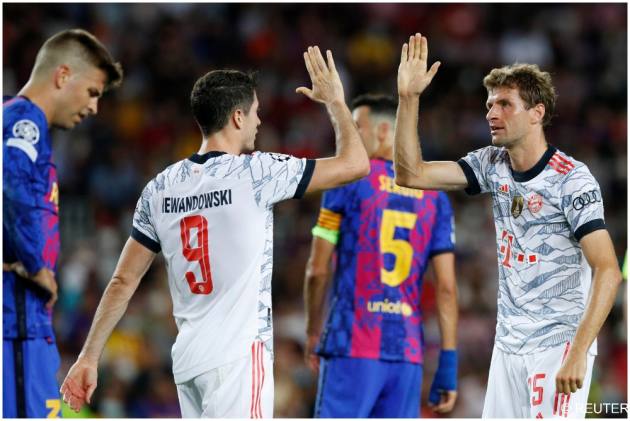 It was a tale of three strikers as the UEFA Champions League group stage started on Tuesday. Cristiano Ronaldo scored but lost on his return with Manchester United, then Robert Lewandowski and Romelu Lukaku both led their teams to victory in their opening games. (More Football News)

Ronaldo and United were upset in a late 2-1 loss at Swiss champion Young Boys, Lewandowski scored two as Bayern Munich eased to a 3-0 win in Barcelona, and Lukaku’s second-half header gave defending champion Chelsea a 1-0 win over Zenit St. Petersburg.
Juventus won 3-0 at Malmo, and Sevilla held Salzburg 1-1 after the visitors missed two penalties in a game with four.

Ronaldo struck early in his first Champions League game for United since losing the 2009 final, but American forward Jordan Pefok had the last laugh in a dramatic 2-1 win in Bern. Ronaldo didn’t take long to make his mark in his record-equaling 177th appearance in the competition – squeezing his shot under goalkeeper David von Ballmoos in the 13th minute after a brilliant cross from Bruno Fernandes.

Only Ronaldo’s former Real Madrid teammate Iker Casillas has as many Champions League appearances. However, Manchester United defender Aaron Wan-Bissaka was sent off in the 35th minute for a bad challenge and the home team pressed its advantage in the final third of the game. 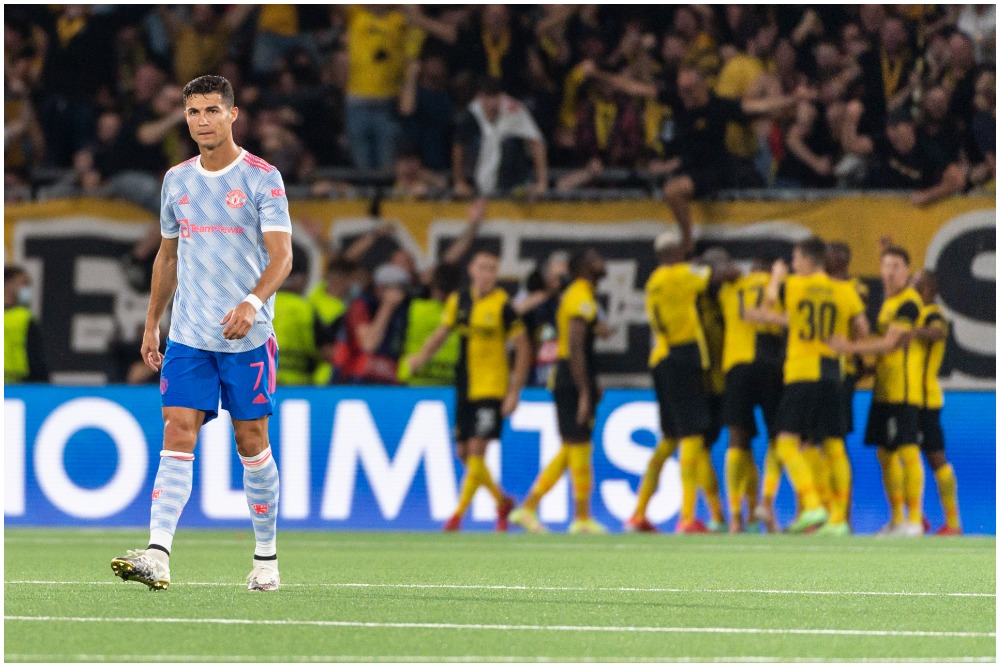 Nicolas Moumi Ngamaleu equalized for Young Boys in the 66th and Pefok capitalized on a poor back pass from Jesse Lingard to score Bern’s dramatic winner in the last minute of injury time. Robin Gosens’ equalizer earned Italian team Atalanta a 2-2 draw at Villarreal in the other Group F game.

Bayern hammered Barcelona 8-2 in the teams’ last meeting in the quarterfinals in 2020, and the home side seemed fearful of another rout after its summer of upheaval saw the departures of Lionel Messi and Antoine Griezmann.

Bayern might have won by more but will be happy with 3-0 after another dominant performance. Thomas Muller scored with a deflected shot in the 33rd minute to ensure Bayern scored for the 23rd consecutive Champions League game, a club record.

The visitors had been pushing harder and it seemed only a matter of time before the breakthrough would come. Muller’s shot struck Eric García’s back to deceive Barcelona goalkeeper Marc-Andre ter Stegen.

Lewandowski got the second in the 56th on a rebound after 18-year-old Jamal Musiala’s effort struck the post. It stretched Lewandowski’s scoring run to 18 consecutive games across all competitions for Bayern. But that didn’t mean he had enough.

The Poland star scored his second goal in the 85th, again after a teammate — Serge Gnabry — hit the post, though there was plenty for Lewandowski to do as he slotted the ball past a host of defenders.

Also in Group E, Mykola Shaparenko thought he’d scored a late winner for Dynamo Kyiv over Benfica, but the goal was ruled out through VAR for offside to leave the score 0-0.

Chelsea had to wait until the 69th minute for Lukaku to make the breakthrough against a stubborn Zenit St. Petersburg defense. The Belgian forward towered above a defender to meet Cesar Azpilicueta’s cross with a header for his fourth goal in as many games for Chelsea since his return from Inter Milan.

Also in Group H, Juventus’ trip to Malmo came at the right time for the Italian team to get over Ronaldo’s departure. The Bianconeri had been struggling with just one point from its opening three games in Serie A. 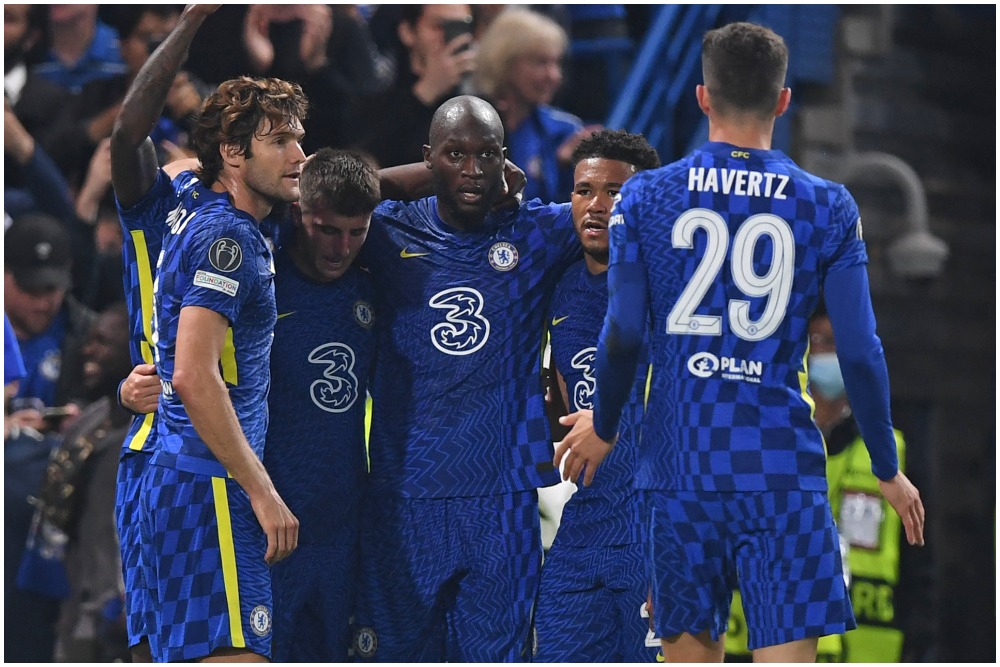 But the Swedish air seemed to invigorate the visitors, as Alex Sandro headed Juventus into a 23rd-minute lead, Paulo Dybala added a penalty just before halftime, and there was still time before the break for Alvaro Morata to chip the goalkeeper for the team’s third.

Four penalties were awarded in the first half of Salzburg’s game at Sevilla, but the visitors missed two, leaving the score 1-1. A heavy rain shower added to the drama as it sent spectators scrambling for cover before the break.

Perhaps working on the expectation that more penalties would follow in the second half, Sevilla forward Youssef En-Nesyri was sent off after the break with his second yellow card for diving. In the other Group G game, American defender John Brooks was sent off for Wolfsburg at French champion Lille when he earned his second yellow card for a deliberate handball. Wolfsburg held on to draw 0-0.