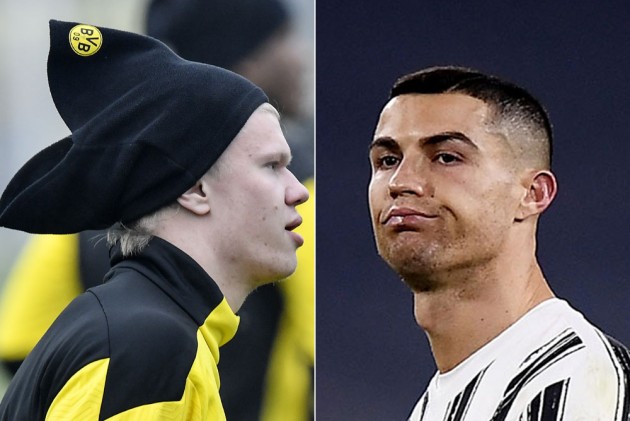 Juve's latest bid to bring their domestic dominance to bear on the European stage is hanging by a thread, with Sergio Conceicao's robust side arriving in Turin 2-1 to the good.

If that tie is on a knife-edge, Dortmund's task looks slightly more straightforward on paper – their 3-2 first-leg win having come on the road at the Ramon Sanchez Pizjuan.

However, Edin Terzic's side might be wounded by their sapping Klassiker loss to Bayern Munich at the weekend and Sevilla boast formidable European pedigree. Stranger things have definitely happened.

So, to help you navigate the potential madness, we take a closer look at both matches using Opta data.

On his return to his homeland, Juventus superstar Cristiano Ronaldo found himself unusually frustrated during the first leg.

The five-time Ballon d'Or winner managed just one shot – his lowest return in a Champions League knockout match since he failed to register a shot on goal during the second leg of the 2010-11 semi-final between Real Madrid and Barcelona.

However, Federico Chiesa's crucial late away goal at the Estadio do Dragao snapped a run of five consecutive clean sheets in this season's competition for Porto, who are looking to achieve three consecutive shutouts on the road for the first time since November 2012.

Nevertheless, history is still weighted against the Primeira Liga club finishing the job.

Porto are winless in their previous 13 away games in the Champions League knockout stages, drawing four and losing nine.

You have to go back to a 3-2 win over Milan in 1996 for their most recent victory in Italy, with five defeats on the spin since then.

On the other hand, Juventus have been eliminated on five of the past six occasions they lost the first leg of a Champions League tie.

The exception came when a Ronaldo hat-trick wiped out Atletico Madrid's 2-0 advantage two seasons ago.

Once again, the 36-year-old looks their most likely hero. Ronaldo has 10 goals in 10 Champions League games for Juve at the Allianz Stadium. Only Lionel Messi (14) has more home goals over the period from the start of the 2018-19 campaign onwards.

Erling Haaland is at the opposite end of his Champions League journey to Ronaldo but certainly seems to have designs on emulating some of the veteran's great deeds and might even breach new ground this week.

The Dortmund striker has scored a brace in each of his past three Champions League appearances. If he nets another double against Sevilla, he will become the first player in the history of the competition to score twice in four consecutive appearances.

Haaland has 18 goals in 13 Champions League outings overall and appears certain to surpass Harry Kane as the quickest man to 20 in terms of games. The England captain reached the landmark in his 24th appearance.

Dortmund are aiming to reach the quarter-finals for the first time since 2017 and are unbeaten in seven Champions League matches at Signal Iduna Park (W5 D2).

Sevilla have never gone through in Europe's top competition after losing the first leg of a knockout tie, going down to Real Madrid in 1957-58, Fenerbahce in 2007-08 and Bayern Munich in 2017-18.

Since beating Borussia Monchengladbach 3-0 in 2015, the Andalusian club have lost three out of four against Bundesliga opponents.

Head coach Julen Lopetegui has similarly unhelpful memories of Germany, having lost his only previous Champions League away match in the country 6-1 when he led Porto against Bayern Munich.