Lautaro Martinez was asked about his future on the eve of Inter's Champions League fixture at Shakhtar Donetsk. 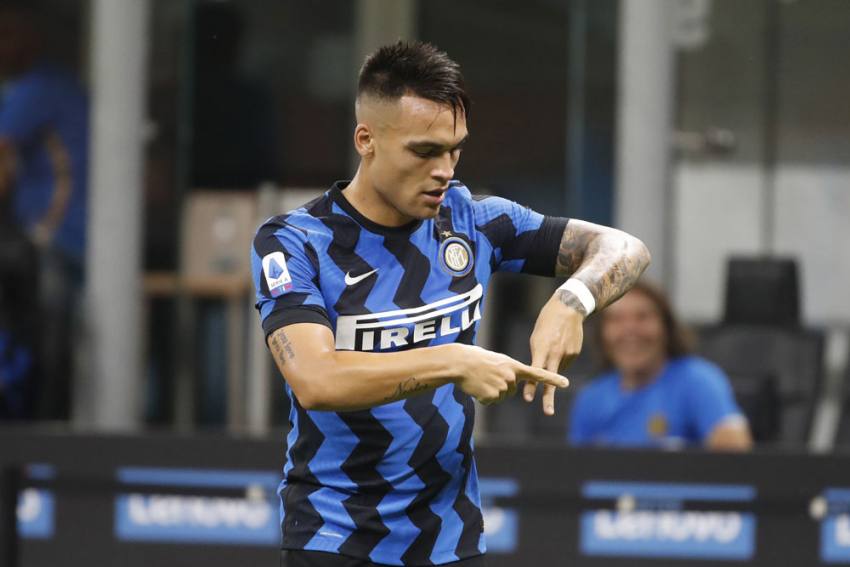 Lautaro Martinez said he is happy at Inter but "does not know what will happen tomorrow" as he casted doubt over his future at the Serie A club.

Martinez has been repeatedly linked with a blockbuster transfer to LaLiga giants Barcelona, though the star Inter forward remains in Milan.

The 23-year-old cut a frustrated figure after being replaced in the second half of Inter's 2-0 Serie A win over Genoa on Saturday.

Martinez, who has scored three goals in five league appearances this term, was asked about his future on the eve of Tuesday's Champions League clash with Shakhtar Donetsk.

"I'm working very hard to improve every day," Martinez told reporters. "I want to give my best for Inter and my team-mates.

"I'm happy at Inter. We are working hard because we want to win titles to make Inter great again.

Catch up with what Antonio Conte and Lautaro Martinez had to say in today's press conference on the eve of #ShakhtarInter ( subs).#UCLhttps://t.co/Gs51YJJiKA

"This is what I think today. I don't know what will happen tomorrow but today I can tell you that I'm happy at Inter.

"I'm grateful to the supporters for the love they showed to me and to all the people working at Inter. This is really important for me, that's all."

Inter – who have never lost against Ukrainian opposition in all European competition – made light work of Shakhtar in their previous meeting, winning 5-0 in the Europa League semi-final in August.

Romelu Lukaku and Martinez each scored twice in that emphatic victory in Dusseldorf as they became the first Inter striker duo to hit at least 20 goals each in a single season since Adriano and Obafemi Martins in 2004-05.

Lukaku, whose 34 goals in all competitions was the best tally for a player in his first season at the club since Ronaldo 22 years ago, has already hit seven goals in six appearances in 2020-21.