Bayern Munich were without head coach Julian Nagelsmann on the sidelines after the German had ‘a flu-like infection’ just an hour before kickoff. 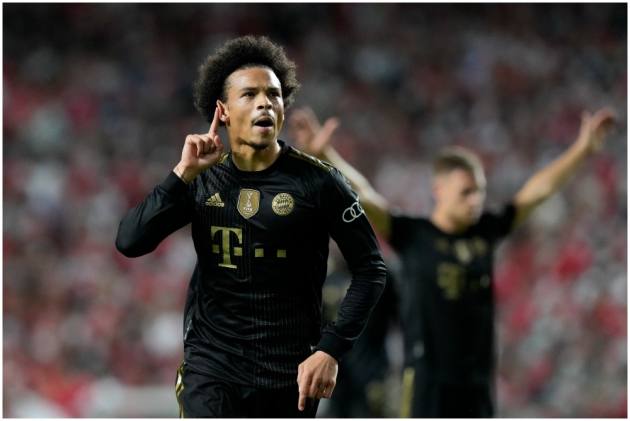 Bayern Munich kept up its winning start to the Champions League as Leroy Sane scored twice in a 4-0 win over Benfica on Wednesday, but coach Julian Nagelsmann wasn’t there to see it. (More Football News)

Bayern didn’t open the scoring until the 70th minute after two disallowed goals, but once Sané had put Bayern in front, Benfica crumbled.

The win puts Bayern five points clear of Benfica at the top of Group E with 12 goals scored and none conceded and helps third-place Barcelona, which is now just one point off a qualifying spot following its 1-0 victory over Dynamo Kyiv earlier Wednesday.

Just over an hour before kickoff, Bayern said Nagelsmann had ‘a flu-like infection’, leaving assistants Dino Toppmoller and Xaver Zembrod to oversee the game and implement instructions sent by Nagelsmann from his hotel room.

Nagelsmann’s absence didn’t seem to affect Bayern’s creativity but at least to begin with there wasn’t the usual precise finishing, as shots went wide or were saved by goalkeeper Odysseas Vlachodimos.

Bayern’s players twice celebrated taking the lead, only for video reviews to disallow both goals. The first was Robert Lewandowski’s effort which on replay went in off his upper arm, the second a well-worked move finished by Thomas Muller but only after an offside in the buildup.

Just when the Bayern players started to think it wasn’t their night, Sané stepped up to take a direct free kick outside the penalty area and blazed the ball over the wall and into the net with such power than Vlachodimos couldn’t get there in time to stop it. “We had to play our game and to be patient,” Sané said.

Bayern went 2-0 up in the 80th with an own-goal by Benfica as Serge Gnabry’s cross bounced off winger Everton’s head and in. Two minutes later, it was 3-0 when Sané turned defender Nicolas Otamendi and laid the ball off for Lewandowski to score. Sané added the fourth in the 85th off an assist from substitute Josip Stanisic.

Benfica had chances to earn a first-ever win over Bayern and extend its nine-game unbeaten run at home in European games. Bayern goalkeeper Manuel Neuer twice produced fine reaction saves to deny Darwin Nuñez and Diogo Gonçalves in what was Neuer’s 100th Champions League game for the club.