Antoine Griezmann scored twice for Atletico before he was sent off in Madrid. It was also Roberto Firmino’s 300th game for Liverpool. 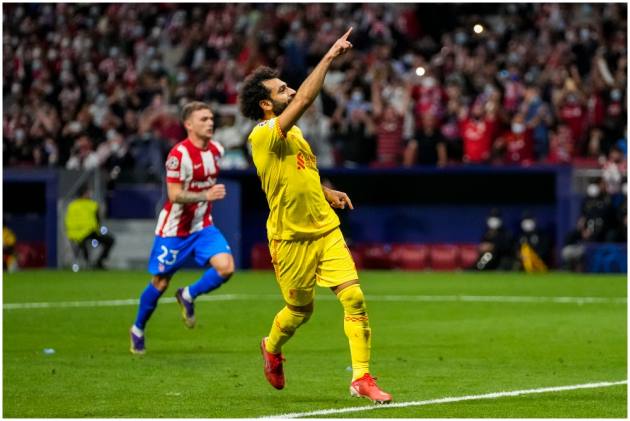 After a frustrating end to Antoine Griezmann’s night with Atletico Madrid, Mohamed Salah came through for Liverpool in a Champions League thriller on Tuesday. (More football News)

Griezmann had already scored twice to help Atletico recover from a poor start, but then he was sent off with a straight red card early in the second half for hitting Roberto Firmino’s head with his foot while trying to reach for the ball.

Liverpool capitalized on the advantage with Salah scoring the winner from a penalty kick in the 78th minute. The Egypt forward has scored in nine straight games for Liverpool in all competitions, becoming the first player to do that in the club’s 129-year history.

Atlético had a penalty a few minutes after Liverpool’s third goal but it was reversed after video review. Naby Keita also scored for Liverpool in the first half as Liverpool took a 2-0 lead as early as the 13th minute at the Wanda Metropolitano Stadium.

“It was a tough game,” Liverpool coach Jurgen Klopp said. “How you win it, I couldn’t care less. The tricky ones are the really important ones. On a night like this, three points is really massive.”

The result left Liverpool at the top of Group B with nine points from three matches, five points more than Atlético. Porto, which beat AC Milan 1-0 at home in the other group match, was level with the Spanish champions. Milan stayed on zero points.

Atletico next visit Liverpool, while Milan hosts Porto. It was the first meeting between Atlético and Liverpool since the Spanish side eliminated then defending European champion Liverpool in the round of 16 of the 2019-20 season. Liverpool had been winless against Atlético in four Champions League matches. 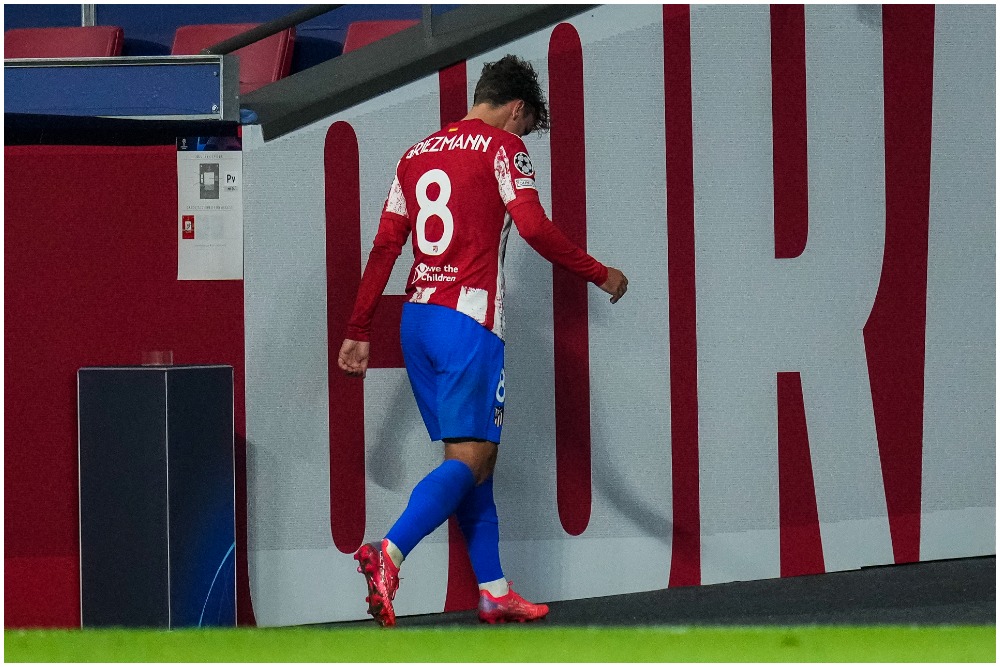 The English club was in control early and quickly built its lead at the Metropolitano. Salah opened the scoring in the eighth minute after picking up a ball on the right flank and maneuvering past three Atlético defenders before sending a low shot into the corner. The ball hit the heel of Geoffrey Kondogbia and span into the corner.

Keita added to the lead five minutes later with a neat volley that curled in by the post. Atlético defender Felipe mis-hit his clearing shot and the ball went straight to Keita for his one-timer from just outside the area.

“We didn’t start the game the way we wanted,” Atlético coach Diego Simeone said. “Only after their second goal we could do the things that we had been trying to do.”

Griezmann pulled the hosts closer with a redirection from close range in the 20th after Koke Resurrección sent a low shot across the area, then equalized after a good run by João Félix for his sixth double with Atlético in the Champions League, the most by any player for the club.

Griezmann’s performance was marred by his red card in the 52nd as he went for a high ball but hit the side of Firmino’s head instead. Before leaving, Griezmann apologized to Firmino, who was making his 300th appearance with Liverpool.

Atlético loudly complained of the reversed penalty call after José María Giménez went down inside the area following an encounter with Jota in a similar play that led to Liverpool’s penalty.

“You could tell that the referee wasn’t sure, but the other way it was all very fast (to call the penalty for Liverpool),” said Felipe, who felt a yellow card should have been shown for Griezmann instead of the red.

“It was a completely different match while Griezmann was still playing. We had to run at 110 per cent after he was sent off.”

Simeone started with Griezmann and Félix up front, leaving Luis Suárez on the bench as he returned from his duty with Uruguay’s national team nursing a knock. The striker had never played against his former club since joining Atlético from Barcelona last season.

Simeone and Klopp did not shake hands after the final whistle. The Atlético coach rushed into the tunnel after the match ended, and later said he never likes to shake hands with opposing coaches after games.

“He was obviously angry,” Klopp said. “With the game, with the world.”