Manchester City secured a last-16 spot in the Champions League but failed to turn their complete dominance into more than a 1-0 win over Olympiacos. 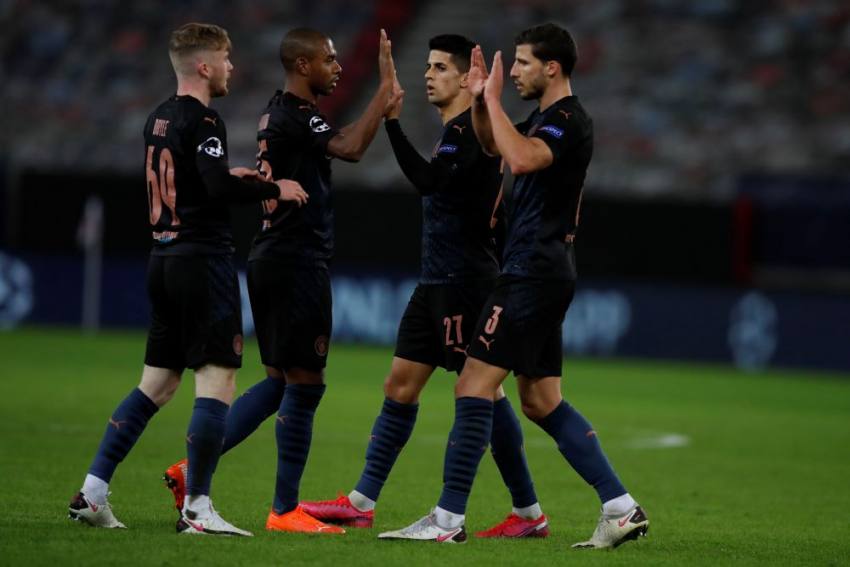 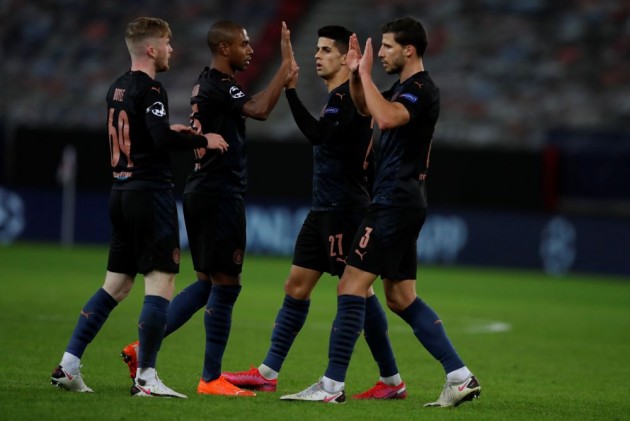 Manchester City secured a last-16 spot in the Champions League but failed to turn their complete dominance into more than a 1-0 win over Olympiacos.

Eager to put Saturday's 2-0 Premier League loss to Tottenham behind them, Pep Guardiola's side controlled proceedings in Wednesday's Group C clash in Athens.

But they had only one goal to show for it as Phil Foden, who wowed for England during the international break, swept the visitors into a first-half lead that never came under threat from the toothless hosts.

Guardiola, who signed a new contract last week, saw his side frustrated by a combination of profligate finishing and fine goalkeeping from Jose Sa.

City, who scored nine goals across their opening three group games, were quickly on the front foot and Foden stung the palms of Sa with a low drive, with the goalkeeper also gathering a Gabriel Jesus header.

Jesus came far closer to breaking the deadlock on the half-hour mark, racing in behind before seeing his shot blocked away by the defiant Sa.

Sterling had the busy Sa scrambling across his line to repel a dipping free-kick in first-half stoppage time, with City denied again after the interval as Ilkay Gundogan's effort flashed wide and Joao Cancelo's flick was saved.

Olympiacos were simply not able to apply any pressure – their first shot did not arrive until the 88th minute – leaving City to coast to a win that was brightened further by the late introduction of Sergio Aguero from the bench after an injury lay-off.

What does it mean? City's welcome top-flight distraction

The loss at Spurs left City with just 12 points from eight matches and in the unfamiliar territory of the Premier League's bottom half.

This result was a tonic to those domestic woes and it affords Guardiola the chance to make some changes for the remaining two group games, knowing safe passage to the knockout phase is assured.

For Olympiacos, while second spot is still up for grabs, a third-place finish and a berth in the Europa League might be a more likely prospect.

Foden scored twice for his country in an eye-catching display against Iceland in which he also showcased some dazzling skills.

He was lively in Greece too, keeping his cool to score what proved to be the winner with one of his six shots, while also creating four chances.

10 - Phil Foden has scored 10 goals for Manchester City in all competitions in 2020; excluding penalties, this is the most by any midfielder for Premier League clubs this calendar year. Star. pic.twitter.com/qBzYDGJYiy

City had 11 shots on target, seven coming during a first half in which the hosts failed to even register a touch in the opposition's penalty area, so Sa was indeed a busy man.

He was an excellent last line of defence but his all-action outing stood in stark contrast to the anonymous performance of the Olympiacos attack.

Lone forward Konstantinos Fortounis had just 53 touches and not one of them was a shot on target.

- Manchester City have won each of their opening four games in a Champions League campaign for the second time, also doing so in 2017-18 when they won their opening five.

- Olympiacos have lost 14 of their past 18 Champions League matches (W2 D2), losing each of their last three without scoring a goal.

- City have kept three consecutive clean sheets in major European competition for the first time since 1969-70 when competing in the Cup Winners' Cup (excluding qualifiers).

- Olympiacos did not record a shot or a touch inside Manchester City's box until the 88th minute of this match, courtesy of Konstantinos Fortounis.

- City manager Pep Guardiola has progressed from the Champions League group stages at all 12 attempts as a coach, the best 100 per cent record of any manager.

City host Burnley this weekend before a trip to Porto next Tuesday, while for Olympiacos it is a top-of-the-table clash at Aris before heading to Marseille on the European stage.