Manchester City will be Real Madrid's next opponents in the Champions League, with Emilio Butragueno acknowledging the tie is not ideal 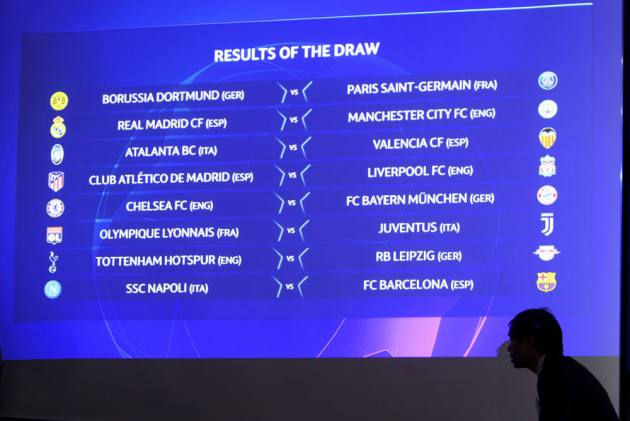 Real Madrid are well aware of the challenge they face after being drawn with Manchester City in the last 16 of the Champions League, but club director Emilio Butragueno remains bullish given Los Blancos' pedigree. (More Football News)

Madrid would have been braced for a testing tie after they finished second to Paris Saint-Germain in the group stage, with the Ligue 1 champions coasting to top spot.

Like PSG, City made similarly light work of their pool, claiming twice as many points as second-placed Atalanta and avoiding a single defeat.

The contest will see former Barcelona player and coach Pep Guardiola go up against his old foes, as City's credentials look set for an immediate examination in the knockout stages.

Although Butragueno suggested City's financial muscle makes them a difficult obstacle, he is taking heart from Madrid's experience at this level.

"All teams are difficult at this point," he told reporters. "City are a very powerful opponent. It will be an exciting tie and we have to prepare well. They will demand the best from us.

We will face @ManCity in the last 16 of the @ChampionsLeague! #UCLdraw pic.twitter.com/dhzbataCYm

"They have invested a lot of money, but we are Real Madrid and we are in a position to face anyone. We are accustomed to these types of matches and it will be great for the fans."

Like Guardiola, City director of football Txiki Begiristain spent much of his playing career at Barca and knows Madrid's capabilities all too well, but he sees the February tie as an opportunity for the Premier League champions.

"It's a difficult one, of course," he told BT Sport. "Real Madrid have won [the competition] 13 times, so they're the best.

"We want to be the best, so we want to beat them. It is always a pleasure to go to Real Madrid and play in a big stadium like the Santiago Bernabeu.

"We know what we are going to face, but they know our team and our manager, too. I think we have to keep connected to all of the competitions and we will have chances to win some.

"In the league, Liverpool are many points ahead, but we have to be connected."