Neymar's penalty was enough for Paris Saint-Germain to secure a much needed, but unconvincing win over RB Leipzig. 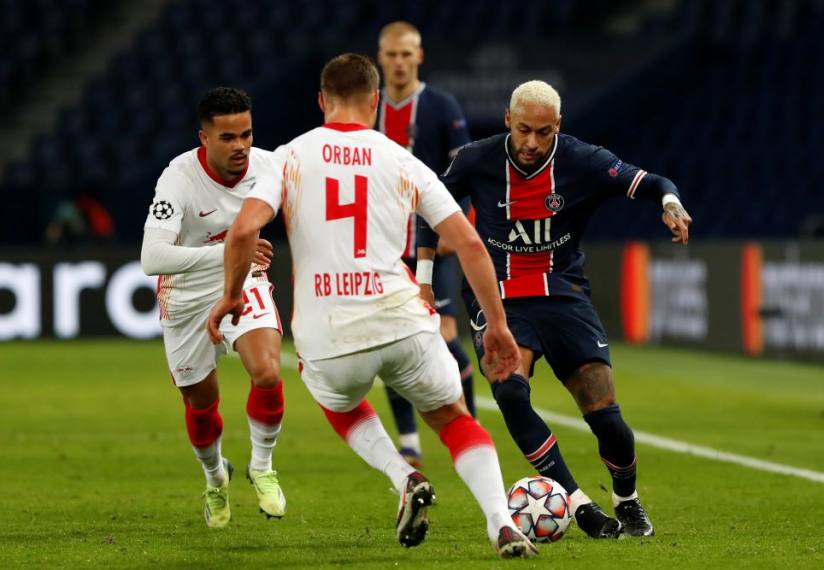 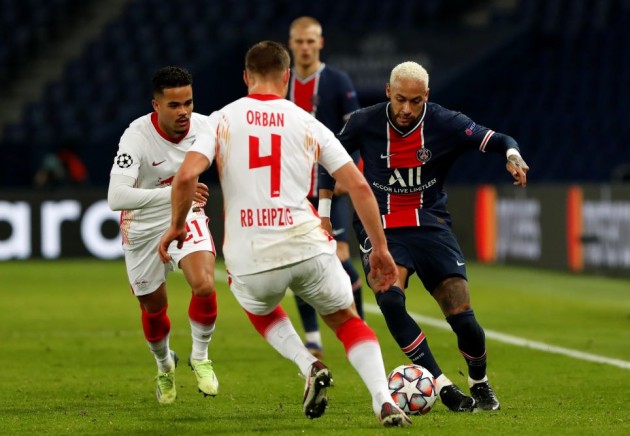 Thomas Tuchel's side suffered a 2-1 defeat in Germany three weeks ago but they got their campaign back on track at Parc des Princes despite an underwhelming display.

Neymar sealed all three points from the spot after 11 minutes, with the Ligue 1 champions then failing to have another shot on target until the closing stages of the match.

The result means the two sides are level on six points after four games, with PSG ahead courtesy of a better goal difference.

Neymar opened his Champions League account for the season early on, slotting home from 12 yards after Angel Di Maria had been fouled just inside the penalty area by Marcel Sabitzer.

Di Maria whipped a free-kick wide of Peter Gulacsi's right-hand post after 30 minutes as the hosts ended the first half with just 37.2 per cent possession, their lowest total at half-time in a Champions League game since facing Bayern Munich in September 2017.

The visitors continued to look bright after the interval, with Emil Forsberg and Sabitzer sending efforts just wide.

Yussuf Poulsen should have done better with a header from a corner with 10 minutes remaining as Leipzig looked the more likely to score.

PSG managed to hold on and claim maximum points, though, condemning Leipzig to a second consecutive away Champions League defeat following their 5-0 thumping by Manchester United in October.

What does it mean? PSG prevail despite insipid display

It will be of grave concern to under pressure head coach Tuchel that his side looked so short of firepower, despite having Neymar, Kylian Mbappe and Di Maria in his starting line-up.

Last season's beaten finalists were badly off the pace against a lively Leipzig side, who can consider themselves unlucky to be returning to Germany with nothing after having 15 shots and 62 per cent possession.

Upamecano unlucky to be on losing side

Upamecano proved exactly why so many of Europe's biggest clubs are interested in his services with another imperious display. The Frenchman won nine of his 11 duels, completed more passes (83) than any player on the pitch and gained possession a game-high 14 times.

Mbappe endures a game to forget

Mbappe scored twice against Monaco last Friday to take his tally in Ligue 1 this season to nine goals, but his struggles in the Champions League continued. The 21-year-old did not manage a shot on target in what was his eighth game in the competition this year without a goal.

- PSG have won five of their last six home Champions League games, keeping a clean sheet in each of those victories.

- Leipzig winger Forsberg was shown the earliest card in the competition this season, going into the book after a minute and 39 seconds.

- Neymar is now the outright third top-scoring South American player in the Champions League with3 6 goals, behind only Lionel Messi (118) and Sergio Aguero (40).

PSG will hope to return to winning ways in Ligue 1 following their 3-2 defeat to Monaco when they host Bordeaux on Saturday, while Leipzig entertain Arminia Bielefeld in the Bundesliga on the same day.