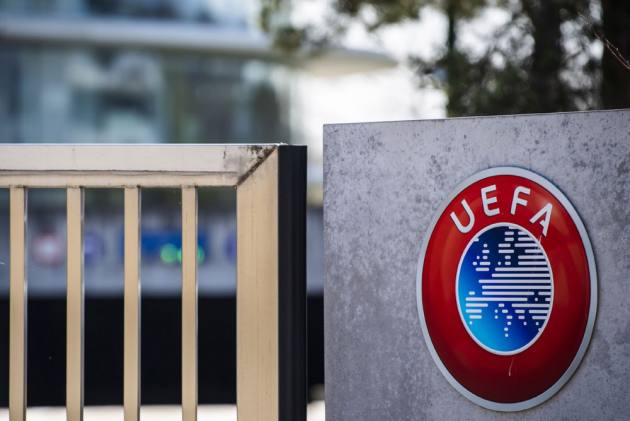 Ahead of the Champions League group stage starting next week, UEFA cleared the way for away team fans to travel and attend games internationally. (More Football News)

UEFA cited vaccine programs across Europe for relaxing its rules.

The COVID-19 pandemic meant fans were excluded for nearly all UEFA-organized games last season, and for the qualifying rounds of the three club competitions this season, including the Europa League and Europa Conference.

UEFA has lifted that ban, allowing fans to travel if allowed by health and government rules enforced in the home team's city.

UEFA said “5% of the total allowed stadium capacity will be reserved to fans of the away team, subject to any decision in this respect falling under the responsibility of the relevant competent authorities.”

“Ongoing vaccination campaigns across Europe” were cited by UEFA, plus countries allowing freer movement for people who were vaccinated or recovered from COVID-19 to go to public events without being tested.

Players and officials will also benefit from the easing of UEFA rules by allowing them to enter highest-risk areas at stadiums without further testing.

UEFA said teams still must verify the rules in place at national borders before traveling for an away game.

“This includes checking if the type of vaccination of all individuals of a team delegation is accepted by authorities of the country which they are going to visit for the match,” UEFA said.

The Russian vaccine Sputnik is not recognized in England where Chelsea hosts Zenit St. Petersburg on Tuesday.