Anwar El Ghazi continued his recent hot streak to seal a point for Aston Villa at Chelsea, who have won just once in five league outings 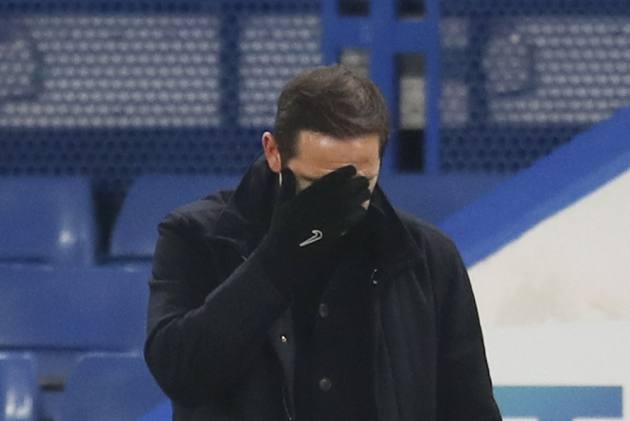 Chelsea dropped points for the fourth time in five Premier League games as they were held to a 1-1 draw by Aston Villa in their final match of 2020. (More Football News)

Frank Lampard will have been hoping for a response to their woeful 3-1 defeat to Arsenal and dropped big-money signing Timo Werner amid a goal drought, but the Blues were no more fluent against Dean Smith's side.

Villa's hopes of keeping five consecutive top-flight clean sheets for the first time since September 1998 were ended 34 minutes in as Olivier Giroud struck, making it seven successive goalscoring appearances against the Villans in the Premier League for the Frenchman.

But Anwar El Ghazi levelled with his fifth goal in as many games in the 50th minute and that proved decisive, while Chelsea were fortunate to not concede again when John McGinn hit the crossbar.

5 - Anwar El Ghazi has scored five goals in his last five Premier League appearances, after netting just four in his first 37 in the competition. Hot. pic.twitter.com/nrDnV1cXty

An entertaining start saw both sides threaten, Jack Grealish having a curling 18-yard effort turned wide by Edouard Mendy before Christian Pulisic lashed into the side-netting at the other end.

Another opportunity was spurned by Pulisic just past the half-hour, though two minutes later Chelsea had the lead – Giroud sending a thumping header in from Ben Chilwell's inviting delivery.

Villa levelled early in the second half when Matty Cash's cross found El Ghazi at the back post, and he steered home through the legs of Mendy, who probably should have done better.

Chelsea's reaction was hardly emphatic and Villa went agonisingly close to a spectacular second, the ball breaking kindly for McGinn 30 yards from goal and his fierce effort cannoned off the bar.

Lampard introduced the much-maligned Werner and Kai Havertz towards the end, though neither inspired an improvement in Chelsea's fortunes against a shrewd Villa backline.

What does it mean? Chelsea's slide set to continue

Lampard's hopes of mounting a credible title challenge are seemingly diminishing by the day – they could be nine points adrift of the summit by the time they next play.

To make matters worse, they have played more games than most teams around them and are showing few signs of improvement, with those big-money additions of Werner and Havertz still nowhere near the expected level.

At this rate, Chelsea will struggle to even finish in the top four, whereas Villa continue to upset the odds as they are now five unbeaten in the league.

Cash is on the money

Grealish understandably gets a lot of the plaudits in this Villa team, and he was once again impressive, but right-back Cash arguably played an even more important role. Not only did he get forward to good effect, with the visitors' goal coming from one of his four crosses, he was also dependable at the back – his three tackles and two interceptions were team highs, while his total of five clearances was bettered only by Kortney Hause.

He was lively enough on the left flank and worked hard, his 10.8 kilometres covered second only to N'Golo Kante, but Pulisic just was not effective enough during proceedings. He should have done better with his early chances and he otherwise failed to produce a single key pass.

- Chelsea have lost just one of their last 14 Premier League home games (W10 D3), with that lone defeat coming against Liverpool earlier this season.
- Since losing at Liverpool in July, Villa have only suffered one defeat in their last nine away games in the Premier League (W5 D3).
- Chilwell equalled his Premier League season-best tally of four assists, with the Chelsea defender already having as many goal involvements in this campaign as in 2019-20 (6 - 2 goals, 4 assists).
- Since his Premier League debut in August 2012, Giroud has scored more headed goals than any other player in the competition (32).
- Villa have shipped 51 Premier League goals away at Chelsea – only against Manchester City and Manchester United (both 53) have they conceded more on the road in the competition.

Chelsea have a fairly substantial break now until they return to action at home to Manchester City in a potentially thrilling encounter on Sunday, assuming it is not postponed due to the COVID-19 outbreak in Pep Guardiola's ranks. Villa, on the other hand, have another tough task on New Year's Day, as they go to Manchester United.