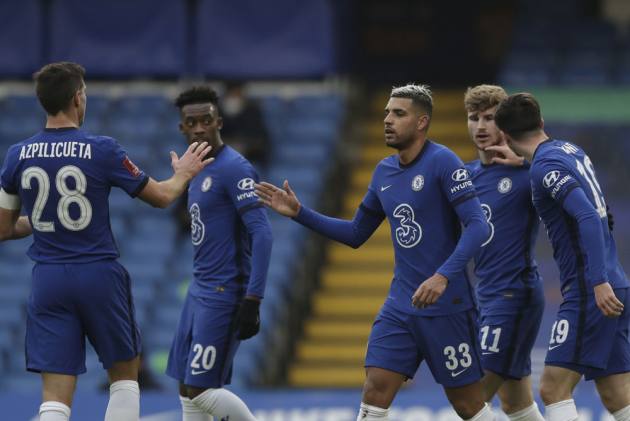 Chelsea eased into the fourth round of the FA Cup with a 4-0 win over Morecambe on Sunday to end a three-match run without a victory. (More Football News)

Perhaps in a sign of the growing pressure on his position after a run of one win in seven games in all competitions, Frank Lampard named a very strong team for the visit of the League Two side to Stamford Bridge.

Callum Hudson-Odoi got his side's third and only goalkeeper Mark Halstead denied the Blues further goals until Kai Havertz powered in a late header.

Chelsea's breakthrough came with 18 minutes gone, Mount given time to pick his spot from 20 yards out, leaving goalkeeper Halstead with little chance.

4 - Since the start of last season, Mason Mount has scored more goals from outside the box than any other Chelsea player in all competitions - indeed, four of his 10 goals for the club have been from outside the box. Range. pic.twitter.com/q6npajtASm

Werner had missed an early header but could not pass up the chance to make it 2-0 just before half-time, the forward prodding into an empty net after Havertz headed back across goal.

Any lingering doubts about the result were removed four minutes after the restart, Hakim Ziyech's pass beating the offside trap and allowing Hudson-Odoi to power a shot through Halstead.

Havertz should have made it 4-0 only for Halstead to block at the near post and the keeper made a second fine stop to deny Christian Pulisic on the rebound, the keeper's best moment of a good display.

He could do nothing to prevent Haverz from finding the back of the net five minutes from time, though, the midfielder meeting Cesar Azpilicueta's deep cross with a thumping header.

What does it mean? Light relief for Lampard ahead of testing run

It would have been an almighty shock had Morecambe become the first team since Manchester United in 1997-98 to knock Chelsea out of the competition in the third round.

Lampard took no chances, fielding a formidable line-up against a fourth-tier side who had to isolate for 10 days after a coronavirus outbreak in late December.

The Blues sealed a comfortable win that will have lifted spirits ahead of a run of five league games that includes visits to Fulham, Leicester City and Tottenham.

His shooting was a little wayward but Ziyech was certainly precise with his passing, albeit against modest opposition who only returned to training this week.

He made more passes in the Morecambe half (56) and created more chances (four) than any other Chelsea player in his 67 minutes on the pitch.

Can Werner kick on?

It will have been a relief for Werner to score his first goal since November, but there was still a feeling of disconnect between the striker and his supporting cast and he only completed one more pass (14) than goalkeeper Kepa.

Lampard will have hoped to give the £47.5million man a confidence boost. Time will tell if it worked.

Chelsea return to league duties at Fulham next Friday in a west London derby, with the game at Leicester to follow on January 19.