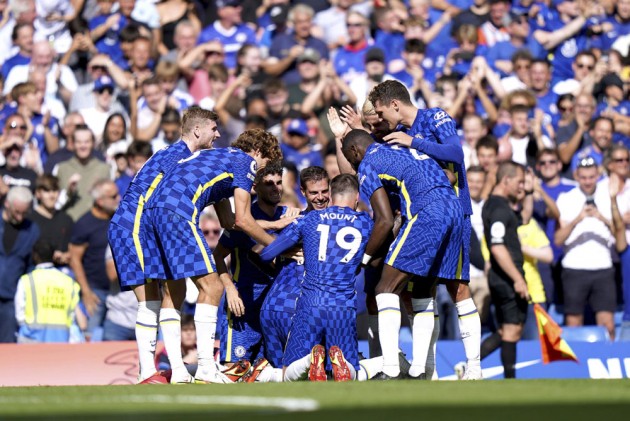 Chelsea began its bid to follow up a Champions League title with another Premier League trophy by beating Crystal Palace 3-0 on Saturday, illustrating the size of the task facing newly hired manager Patrick Vieira at the visitors. (More Football News)

Defenders Marcos Alonso and Trevoh Chalobah — with his first goal for Chelsea, on his Premier League debut — scored either side of a close-range strike by U.S. forward Christian Pulisic in a dominant display by Thomas Tuchel’s team.

The win came three days after Chelsea won the UEFA Super Cup by beating Villarreal in a penalty shootout.

While it makes for a perfect start to the season for the European champions, Palace could be facing up to a tough year under Vieira, the former Arsenal and France star who replaced Roy Hodgson in charge for his first senior managerial role in English soccer.

Vieira has pledged to adopt a more attacking style than previous Palace managers, but his team barely created a clear-cut chance at Stamford Bridge. This shouldn’t be the game to judge him, though.

Even without Romelu Lukaku, who completed his move from Inter Milan for a club-record $135 million on Friday, Chelsea had far too much going forward for Palace — with even two defenders chipping in with goals.

Alonso, an attacking wing back, was dangerous throughout and capped an impressive display by curling a free kick over the defensive wall and inside the near post in the 27th minute.

Pulisic made it 2-0 by converting a finish from close range after Palace goalkeeper Vicente Guaita failed to gather a low cross by Cesar Azpilicueta from the right.

The 22-year-old Chalobah, who played on the right of the back three after making his first competitive senior appearance for Chelsea against Villarreal, completed a memorable few days by scoring the third goal.

It was a brilliant one, too, as he collected a pass midway into Palace’s half on the right, advanced, and drilled a low shot in off the far post from 25 meters.