Chelsea Boss Thomas Tuchel: VAR Decisions Are Horrible Against Us 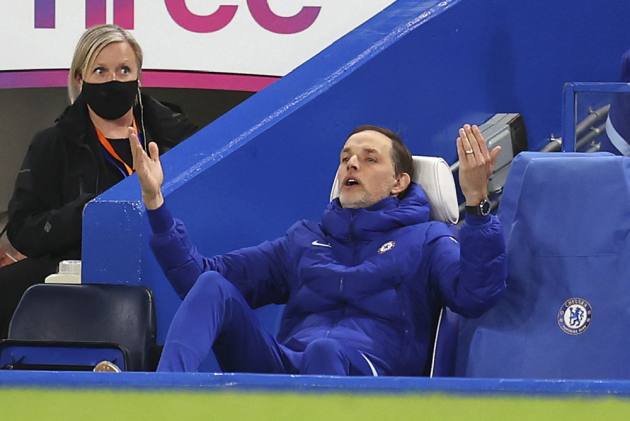 The Blues leapfrogged Leicester City into third place in the Premier League with a 2-1 victory that means they remain in control of their top-four destiny ahead of the final game of the season.

But they were made to work for their win – not only by the Foxes but also by the officials, according to Tuchel.

The German was aggrieved at the failure to award a penalty when Timo Werner was tripped by Youri Tielemans in the first half, a decision he felt was in keeping with a recent theme.

He told Sky Sports: "It's a clear penalty. Honestly, VAR decisions are horrible against us and it's the third time in a row.

"We had a goal against Arsenal denied with a handball, we have a goal against Leicester in the cup [disallowed], and then today it's a penalty but it's a foul against us.

"This has to stop, of course. But we were not worried at half-time, we just said let's do it again and force it."

With the sides facing off just three days on from their FA Cup final meeting, it was perhaps inevitable that tempers would flare.

And Tuchel was unimpressed with Leicester's contributions to a touchline spat involving both sets of players that kicked off as the match reached its conclusion.

He said: "It's not so easy to lose in difficult games. We had to swallow it, we showed respect in the cup final. It got a bit heated up but it's like this.

"I didn't say that, I said it's hard to lose in big matches."

Chelsea were without Kai Havertz on Wednesday and also lost the influential N'Golo Kante to injury just before half-time.

Asked about the pair's prognosis, Tuchel replied: "I don't know yet, we will check them tomorrow. I have a good feeling with N'Golo, he said he felt something and didn't want to go into the risk of a muscle injury so I hope for Sunday. With Kai, the same."

Brendan Rodgers also aired his grievances with the referee after the game, suggesting Wesley Fofana was unfortunate to concede a penalty for a trip on Werner in the second half.

He said: "We're obviously disappointed with the goals, we conceded a needless corner and then didn't pick them up well enough.

"He's so good in so many ways but you've just got to be patient in that one, and Luke as well.

"But they're 19 and 20 years of age the two boys, they've been absolutely amazing, and tonight will be really good learning for them."

Defeat for the newly crowned FA Cup winners means they are likely reliant on a Liverpool slip-up to secure their place in the Champions League next season.

But Rodgers insists the disappointment of missing out would be tempered by the fact that his players have achieved so much already this term.

He added: "It'd be really disappointing but I think our story and your story is different.

"Our story is the players have been fantastic in terms of their consistency and if we just fall short after 38 games then the team with the eighth-biggest budget fighting against the level we've been fighting at means we've fought really hard and just missed out.

"However, there are still points to play for, we just need to win our game at the weekend and see where we are."