With Frank Lampard having been sacked as Chelsea head coach, Stats Perform News looked at other returning heroes and how they fared 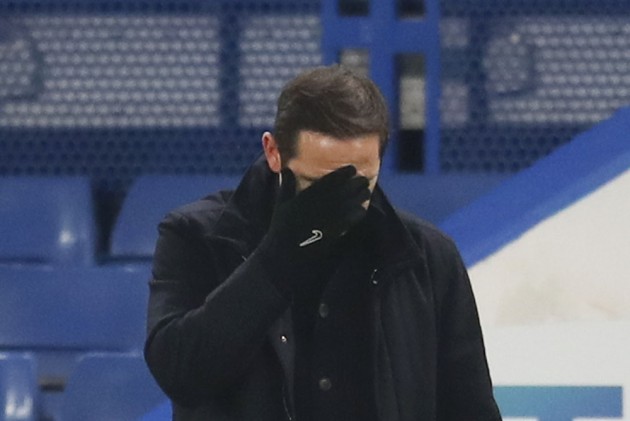 Frank Lampard's appointment as Chelsea head coach was widely heralded by the club's fanbase, who were desperate for a returning hero to succeed in the dugout. (More Football News)

The Blues have proven in the past there is little time for sentimentality or to dwell on past successes and not even a player with the stature Lampard holds at the club has been granted extra time.

Lampard's first season in charge brought a top-four finish and an FA Cup final but a run of just two wins in eight league matches saw Chelsea wield the axe with the team ninth and 11 points off top.

With that in mind, we have looked at some hits and misses when players have returned to a club as boss.

After leaving Barcelona as a player in 2001, Guardiola returned as the Barca B boss in 2007 before being promoted to head coach of the first team a year later. Over four years in charge at Camp Nou he led the Blaugrana to 14 trophies, including three LaLiga titles and two Champions League crowns. Success has continued to come Guardiola's way with Bayern Munich and Manchester City.

World Cup winner Zidane was part of Real Madrid's 'Galacticos' in the early 2000s and he finished his playing career at the Santiago Bernabeu. Like Guardiola, he returned to oversee the second team before stepping up to the top job after the departure of Rafael Benitez in January 2016. Zidane went on to win an unprecedented three successive Champions League titles with Madrid before stepping down in May 2018, only to return 10 months later. He has already won LaLiga and the Supercopa de Espana in his second stint, though a slump this term has left his long-term future shrouded in doubt.

In 13 seasons as a player for Juventus, Conte won almost everything there is to win – five league titles, the Coppa Italia, the Champions League and the UEFA Cup. He moved into management two years after retiring and worked his way back to Juve after spells with Arezzo, Bari, Atalanta and Siena. Juve won three straight Scudetti under Conte – the start of their ongoing dominance – before he accepted the Italy job in 2014. Conte is now battling to end the Bianconeri's domestic dominance as head coach of Inter.

Di Matteo accepted the top job at Chelsea in 2012, having previously been assistant to Andre Villas-Boas. Di Matteo – who won the FA Cup twice with the Blues as a player – went on to lift two trophies as Chelsea boss, including their first Champions League title with a penalty shoot-out win over Bayern, but he was discarded early in the following season.

Record Premier League goalscorer, Newcastle United legend and lethal England striker – Shearer's playing career was full of success. When he retired in 2006, Shearer moved into television as a pundit, but when the Magpies came calling in 2009 he stepped in to try to save them from relegation. Sadly for Shearer he was unsuccessful, his eight-game reign ending in Newcastle slipping out of the top flight after a 1-0 defeat to Aston Villa on the final day.

Employing former players as head coaches had previously worked well for Milan – Fabio Capello and Carlo Ancelotti proving particularly successful. When the Rossoneri turned to Inzaghi in 2014 after Clarence Seedorf's brief tenure, the move was therefore no surprise. However, the former striker – who won eight major trophies at the club in his playing days – flopped, winning just 14 of his 40 matches in charge as Milan finished 10th, their worst league position in 17 years.

Henry made his name at Monaco after breaking into the first team in 1994, the forward going on to become a world champion and a Premier League icon with Arsenal. After a period as youth coach with the Gunners, Henry was named as Belgium boss Roberto Martinez's assistant. Permanent roles with Bordeaux and Aston Villa were mooted, but in October 2018 Henry chose Monaco. He lasted just three months, losing 11 of his 20 matches in charge across all competitions before being replaced by Leonardo Jardim, the man he had succeeded.

One of the most decorated players in River Plate history, having won seven league titles in an 11-year spell, Lopez was a popular appointment after making a strong impact in his second period as caretaker manager in 2010. However, he subsequently presided over a poor 2011 Clausura campaign, forcing River into a relegation play-off against Belgrano, who won 3-1 on aggregate. It was the first time River dropped out of the top tier, sparking riots which left many people injured.

Arteta served Arsenal with distinction as a player between 2011 and 2016, captaining the club and winning the FA Cup twice. Success in football's oldest cup competition followed last term, with Arteta having replaced Unai Emery in December 2019. After finishing eighth, Arsenal defeated Liverpool on penalties to win the Community Shield but eight defeats from 19 league games in this campaign have left Arsenal 11th and 13 points off top spot.

Lampard's opportunity at Chelsea arrived when Maurizio Sarri departed for Juventus, but his stint in charge at the Bianconeri lasted just one season despite winning the Serie A title. Pirlo won four Scudetti, the Supercoppa Italiana twice and the Coppa Italia during a four-year stint as a player in Turin and was appointed head coach just a week after being installed as Under-23 boss. So far it has been a mixed bag in Juve's hunt for a 10th straight title, with six draws and two defeats in 18 matches leaving them seven points back of league leaders Milan – albeit they do have a game in hand. Pirlo also collected a first trophy courtesy of victory over Napoli in the Supercoppa Italiana last week.