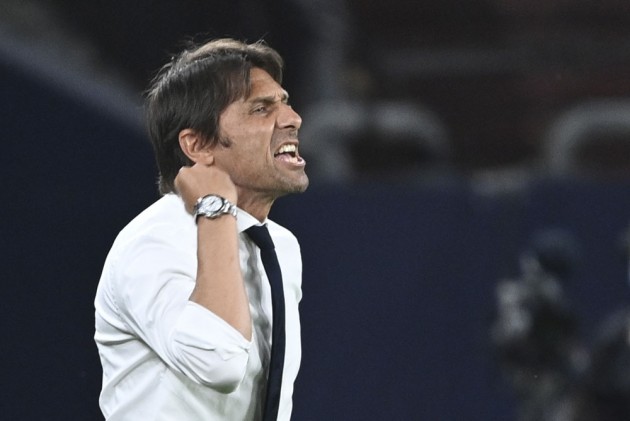 Antonio Conte insists Chelsea could have become a dominant force for many years had they taken his advice and signed Romelu Lukaku and Virgil van Dijk. (More Football News)

Former Chelsea boss Conte won the Premier League title in his maiden campaign at Stamford Bridge and guided the club to FA Cup success in 2017-18, but it was not enough to save his job.

However, the Italian coach is adamant the west London side would have achieved more during his time in charge if they landed his top targets.

"I asked for two players and we were very, very close after we won the league," Conte told The Telegraph.

"One player was Romelu Lukaku, the second player was Virgil van Dijk, and these two players were very, very close.

"We were in contact every day and I always said that with these two players we would improve my team by 30 per cent.

"I think maybe we lost the momentum to bring Chelsea at the very top and then to stay for many years.

Antonio Conte arriving for his 100th game in charge of the Blues!#BURCHE pic.twitter.com/8oIAY7wJYE

Lukaku joined Manchester United in July 2017 before linking up with Conte at Inter in 2019, scoring 34 goals in all competitions last season and netting seven times already this term.

The Belgium striker did not always convince at Old Trafford but Conte is adamant he would have got a lot more out of him at Chelsea.

"For sure, it would have been a different story if I was the coach of Romelu," he said. "Romelu is an incredible player and he has a lot of space for improvement.

"In one year at Inter, he had a lot of improvement because he wants to learn and I think I am a teacher. But he can continue to improve to become one of the best strikers in the world."

Thanks in large part to the goalscoring form of Lukaku, Conte guided Inter to a second-place finish in Serie A last season and to the final of the Europa League, where his side were beaten 3-2 by Sevilla.

The 51-year-old has grown under pressure after an underwhelming start to 2020-21, though, and has confirmed he is interested in a return to English football in the future.

Conte, previously linked with the United job, said: "I have this season and another year of my contract at Inter and I started a project here, and, honestly, I want to continue this project and stay for many years because we are building the bases.

"But, for sure, in my future, I want to come back to England to have another experience because I enjoyed my stay there a lot and to breathe the atmosphere in England.

"For me, for my family, I'd like to one day come back to England because we lived an incredible experience and we want to continue to have another experience in England."