Chelsea’s 3-2 win against Leeds United kept them two points behind Premier League 2021-22 leaders Manchester City. Jorginho scored two out of three Chelsea goals while the other went to Mason Mount. 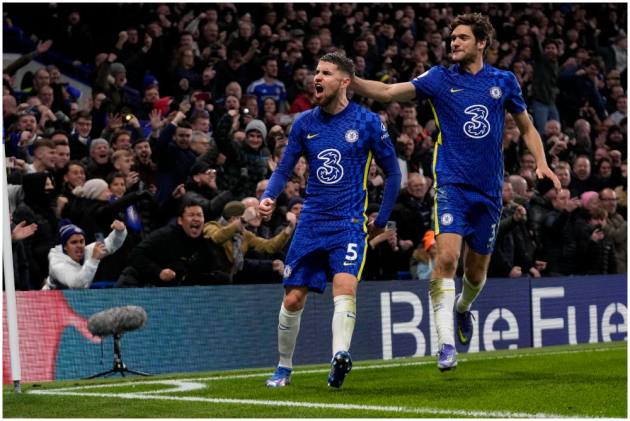 Jorginho converted his second penalty of the game in stoppage time for Chelsea to beat Leeds 3-2 on Saturday and put the team’s Premier League 2021-22 title chase back on track. (More Football News)

The Italy midfielder played through the pain of an ongoing back issue to ease the Blues’ midfield injury problems, with N’Golo Kante and Mateo Kovacic sidelined. And he stepped up to score his 14th and 15th Premier League spot-kicks for Chelsea to keep his side two points behind leader Manchester City.

Raphinha converted his own penalty to give Leeds an early lead, only to concede a spot-kick at the other end when scything down Toni Rudiger. Rudiger then won Chelsea’s second penalty in injury time, when fouled by Mateusz Klich.

Leeds thought it earned a point after teenage forward Joe Gelhardt climbed off the bench to level at 2-2 in the 83rd minute. Chelsea won only two of its previous five league games to slip out of first place and manager Thomas Tuchel demanded his team stop playing too cautiously when in the lead.

But the hosts again failed to take control for large swathes of a tetchy encounter. “We deserved to win but of course it’s lucky if you have a late goal in (injury) time,” Tuchel said.