The Chelsea vs Liverpool 2-2 draw in the Premier League 2021-22 proved to be beneficial for Manchester City as they maintained a 10-point gap at the top. Chelsea are second at 43 points while Liverpool are third. 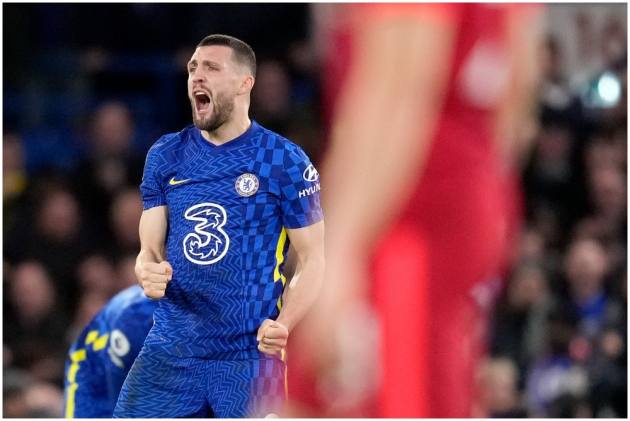 The only winner Sunday was Manchester City. And Romelu Lukaku certainly lost out. What a pulsating, entertaining encounter for Lukaku to miss — not out of his own choosing — as Chelsea recovered to draw 2-2 with Liverpool without the temporarily exiled striker. (More Cricket News)

It left City 10 points clear from Chelsea at the top of the Premier League 2021-22 with Liverpool a further point back. The sky blue ribbons look like remaining on the trophy for another year thanks to the fading challenge from the chasing pack.

“It is a big gap,” Liverpool defender Virgil Van Dijk said. “They have the title, maybe, to lose but anything can happen.” That’s even before Liverpool is the hardest hit by players heading to the African Cup of Nations.

Before leaving for what could be more than a month away, Sadio Mane and Mohamed Salah did contribute Liverpool’s goals. Liverpool seemed to be coasting but was stung twice at the end of the first half with Mateo Kovacic’s volley and Christian Pulisic’s strike pulling Chelsea level.

It was an engrossing and wild game that was only tempered after the break by the goalkeeping of Chelsea’s Edouard Mendy denying Salah and Liverpool’s Caoimhin Kelleher’s reflexes thwarting Pulisic’s pursuit of a winner.

Turn away and you could miss another wondrous moment. “For the public it must have been an unbelievable game,” said Liverpool assistant manager Pepijn Lijnders, deputizing for coronavirus isolating Jürgen Klopp.

It was a game to keep fans on their toes — which they could do legally in parts of a Premier League stadium for the first time in 28 years as part of standing trials. “It was a brilliant match,” Chelsea manager Thomas Tuchel said. “Everybody not in the stadium missed something.”

None more so than Chelsea record-signing Lukaku who was dropped by Tuchel for an outburst questioning his limited role in the team. Only 15 seconds into the game, it looked like Mane might also have had no further role in the game.

Elbowing César Azpilicueta in the face while trying to beat the Chelsea captain, Mane immediately faced action from the referee. But he escaped with only a booking -- the earliest recorded in a Premier League match.

“He doesn’t want to challenge,” Azpilicueta said. “He doesn’t see the ball. He just wanted to lead with the elbow. I don’t understand. We are getting these decisions against us that could change the game.” It meant Mane was still on the pitch to score the opener in the ninth minute.

Trevoh Chalobah’s weak headed clearance created the opening for Mane to round Mendy and place the ball in the net past the helpless Azpilicueta. Chelsea had wilted and looked rattled. Especially when Salah’s brilliance extended Liverpool’s advantage in the 26th minute.

The top scorer was involved in the buildup before receiving the ball back from Trent Alexander-Arnold’s pass and controlling it past the befuddled Marcos Alonso and squeezing a shot past Mendy at his near post.

It was just the latest moment of awe from a striker enjoying another standout season that’s seen him hit 23 goals, including 16 in the league. Liverpool was cruising. Soon it was cursing. The game swung around inside three minutes at the end of the first half.

A free kick from the right was punched clear by Kelleher but only to the edge of the penalty area. Unbalanced but still able to make a clean first-time connection, Mateo Kovacic volleyed impressively into the top corner off the inside of the post.

Chelsea’s anxiety that the goal could be ruled out for an offside soon subsided for fresh celebrations. And Chelsea was celebrating again quickly again in stoppage time when Pulisic leveled after being released by N’Golo Kante and lifting the shot over Kelleher.

The third goal from Pulisic in 11 league appearances this season rescued a point for Chelsea that had seemed to be out of reach. “In the second half we left everything on the pitch,” Azpilicueta said. “But it was not enough and at the moment we are lacking a bit of freshness.”