Chelsea Vs Manchester City Live Streaming: When And Where To Watch English Premier League Match 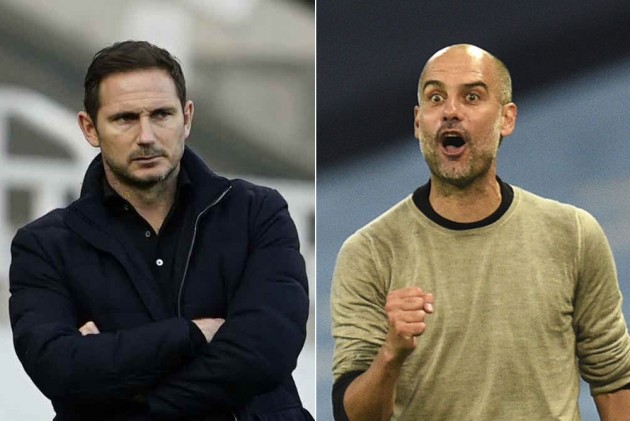 In a blockbuster Premier League clash, Chelsea host Manchester City in the backdrop of growing coronavirus concerns in England. Hours before the scheduled match, City announced that they will conduct an internal investigation after being left "disappointed" by Benjamin  Mendy's breach of COVID-19 protocols. Much of the United Kingdom is once again under tough restrictions due to a second wave of COVID-19. (More Football News)

France international Mendy - who has made nine appearances in all competitions this season - is reported to have staged a party on New Year's Eve that included guests from outside his household. City are without a number of first-team players following an outbreak of the virus that forced their game away at Everton on December 28 to be postponed.

On Friday, Pep Guardiola confirmed that three more players have tested positive for COVID-19. And it came after their match against Everton was postponed following a coronavirus outbreak at the club, with Gabriel Jesus and Kyle Walker and another two staff members testing positive for the virus.

Meanwhile, Chelsea boss Frank Lampard has urged authorities to let common sense and safety concerns dictate any future decision-making. He also confirmed that two members of the Blues' staff have contracted the virus.

As things stand now, City are unusually low in eighth place in the points table, behind Chelsea in sixth on goal difference. After only collecting four points from their last five matches, Chelsea have lost ground in the title race.

And one of the reasons behind Chelsea's dip in form is Timo Werner's struggles in front of goal with the summer signing from RB Leipzig not scoring in two months. Werner has converted just three of his 11 big chances in the Premier League this season. But Lampard believes it is only a matter of time before the German finds goalscoring form.

All you need to know about the Chelsea vs Manchester City match: