After coming off against Osasuna, Raphael Varane appears a major doubt for Real Madrid's trip to Stamford Bridge due to an abductor muscle injury 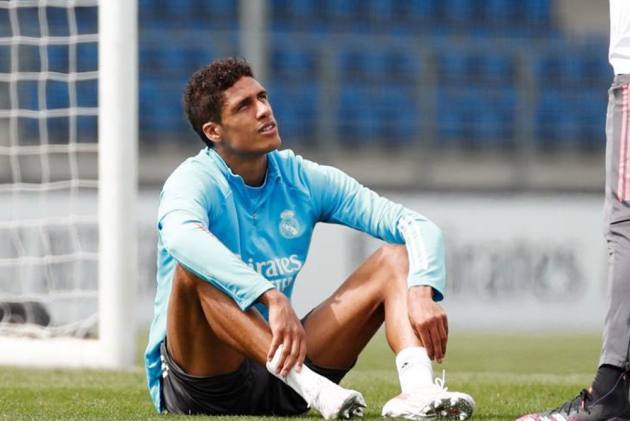 Real Madrid look set to be without Raphael Varane for the Champions League second leg against Chelsea after confirming the defender has an injury to his right abductor muscle. (More Football News)

Varane did not feature in the second half for Madrid in Saturday's 2-0 win over Osasuna, Nacho coming on to take his place.

Madrid boss Zinedine Zidane remained hopeful that the France international may be fit to play at Stamford Bridge, yet the club's official medical update on Monday was less optimistic.

Los Blancos announced they will continue to monitor the hip issue and did not indicate an expected return date.

"Following the tests carried out today on our player Raphael Varane by the Real Madrid medical services, he has been diagnosed with an injury to the right abductor muscle. His recovery will be monitored," a short statement from the club read.

Varane played in the first meeting with Chelsea last week, a game that ended in a 1-1 draw as Karim Benzema scored to cancel out Christian Pulisic's 14th-minute opener.

His potential absence will be a blow for Zidane as he plans for the return fixture on Wednesday, though Madrid have prospered without him in the competition already this season.

Nacho partnered Eder Militao in both legs of the quarter-final against Liverpool, the pair helping to keep a clean sheet at Anfield as Madrid progressed 3-1 on aggregate.

However, Zidane could also have Sergio Ramos available again – the club captain returned to training last week, though did not feature in the league fixture against Osasuna and has not played since suffering an injury while on international duty with Spain at the end of March.

Madrid are winless in their previous four away games against English opponents in the Champions League, scoring only two goals across those games.

The reigning LaLiga champions have also never managed a win over Chelsea in European competition, drawing twice with two defeats in the previous meetings between the clubs.