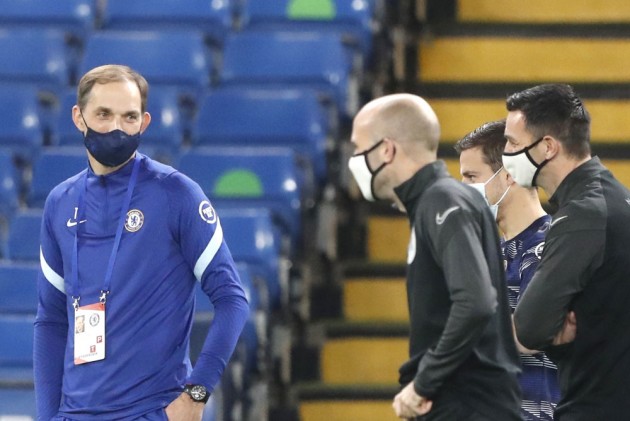 Thomas Tuchel hands starts to Jorginho and Olivier Giroud for his first game in charge of Chelsea, but Timo Werner has to make do with a place on the bench for the game against Wolves.  (More Football News)

Former Borussia Dortmund and Paris Saint-Germain coach Tuchel was named on Tuesday as the replacement for Frank Lampard, who was sacked following a run of just one win in the Blues’ past five Premier League fixtures.

Mason Mount scored the winner in that solitary triumph, a 1-0 victory away to London rivals Fulham on January 16, yet the midfielder has been left out of the XI for Wednesday's game at Stamford Bridge.

Tuchel – who has had just one training session with the squad following his appointment – has opted for Jorginho next to Mateo Kovacic in midfield. There is a place for Kai Havertz too, as well as Hakim Ziyech and Callum Hudson-Odoi.

Cesar Azpilicueta is also in the starting line-up, potentially as one of three centre-backs in a 3-4-3 formation.

Up front, Giroud is included ahead of Tammy Abraham, who is joined among the substitutes by fellow England internationals Reece James and Mount, plus Werner.

Here is the first Chelsea team of the Thomas Tuchel era! #CHEWOL pic.twitter.com/cqHQXUUmyK

Chelsea have won five of their six home Premier League games with Wolves, including a 2-0 victory on the final day of the 2019-20 season that secured a top-four finish and Champions League qualification.

Wolves did prevail 2-1 in the previous meeting, at Molineux on December 15, though they have not managed a league victory since. They have also failed to keep a clean sheet in any of their past 12 Premier League games, the longest current run in the competition.