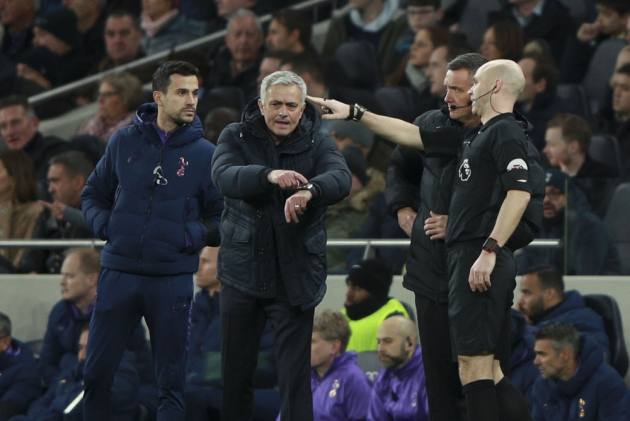 Jose Mourinho's impressive run at home to his former clubs was ended as Tottenham lost 2-0 against Chelsea on Sunday. (More Football News)

The final English Premier League game before Christmas was a cracker, with Willian in dazzling form and scoring twice, while Son Heung-min was sent off.

A big win for Chelsea came at the end of a weekend in which Manchester City toppled top-four rivals Leicester City.

There were two key victories at the bottom of the table, too, with Southampton triumphant at Aston Villa and Watford upsetting Manchester United.

Read about the weekend's biggest games with our Opta-powered review.

Aston Villa's solid start to the season has been forgotten as they spend Christmas in the relegation zone, having been handed another convincing home defeat on Saturday, going down 3-1 to Southampton.

The promoted side lost their previous league game at Villa Park 4-1 against Leicester, meaning they have conceded as many goals (seven) across their past two such matches as they had in their first seven this term.

Southampton took advantage and scored three goals in an away league game for the first time in 364 days, going back to last December's victory by the same scoreline at Huddersfield Town.

Danny Ings' brace took his 2019-20 tally to 11 – the joint-best pre-Christmas Premier League haul from a Saints player, along with James Beattie in 2002-03 – and Jack Stephens also netted, with Southampton's past 16 Premier League goals scored by English players. 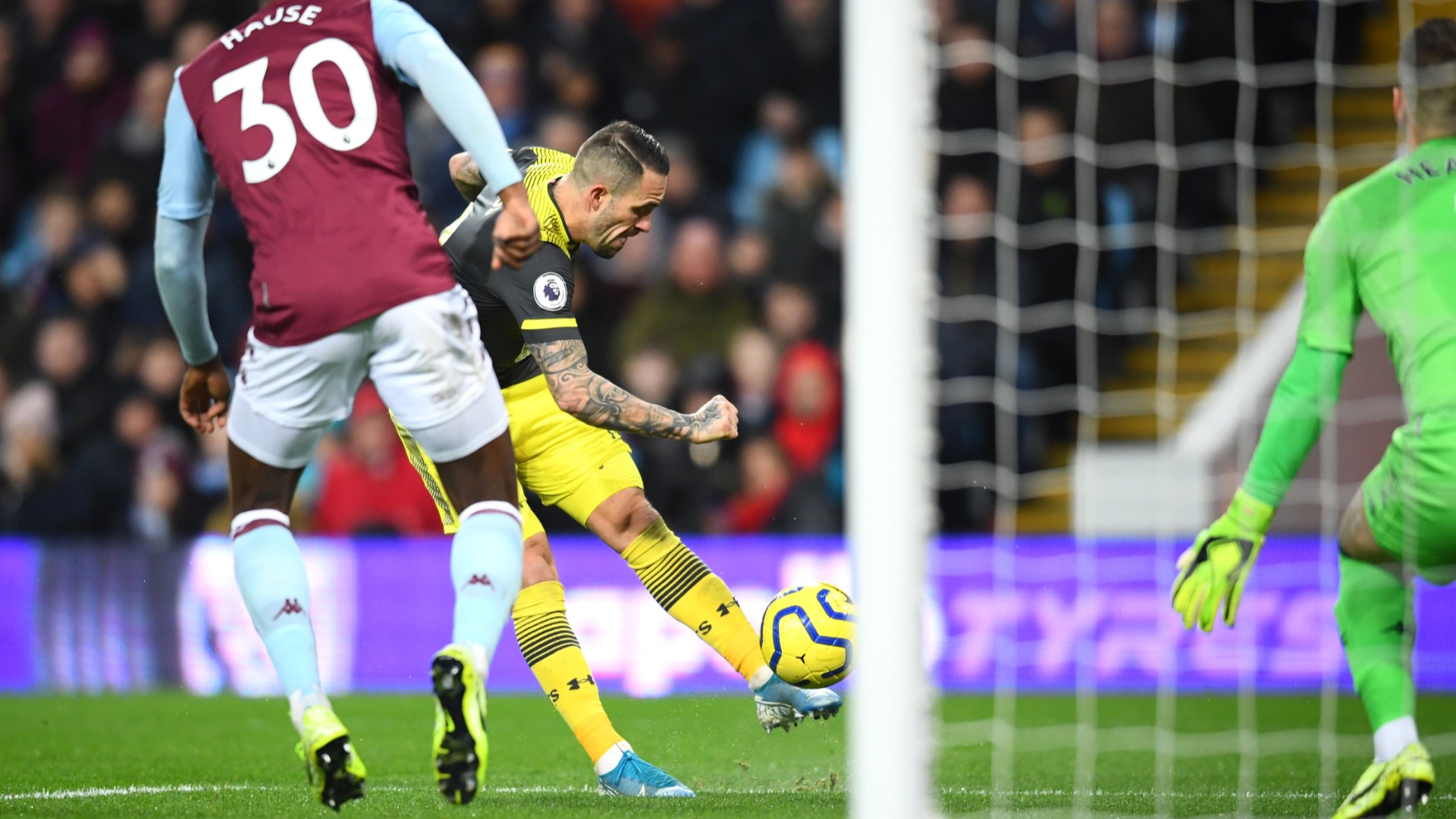 It appeared for a time as though the latest chapter of Leicester's sublime season would see an away victory at the champions, as the counter-attacking Jamie Vardy netted against Manchester City for the fifth time in the Premier League – the joint-most, along with Sadio Mane, since his 2014 bow.

But the scoreline had been turned on its head by half-time after Riyad Mahrez rewarded the hosts' dominance by becoming the fifth man to play for and later net against Leicester in the Premier League, before Ilkay Gundogan scored a penalty won by Raheem Sterling – the 17th such award in favour of the winger, a league-high since his debut.

Gabriel Jesus then secured the points, ending a home drought that went back to March, with his 14 goals in the interim scored away from the Etihad Stadium.

It gave Man City their 250th Premier League win of the 2010s, making them just the second team to hit that milestone in a single decade – along with rivals Manchester United in the 2000s. 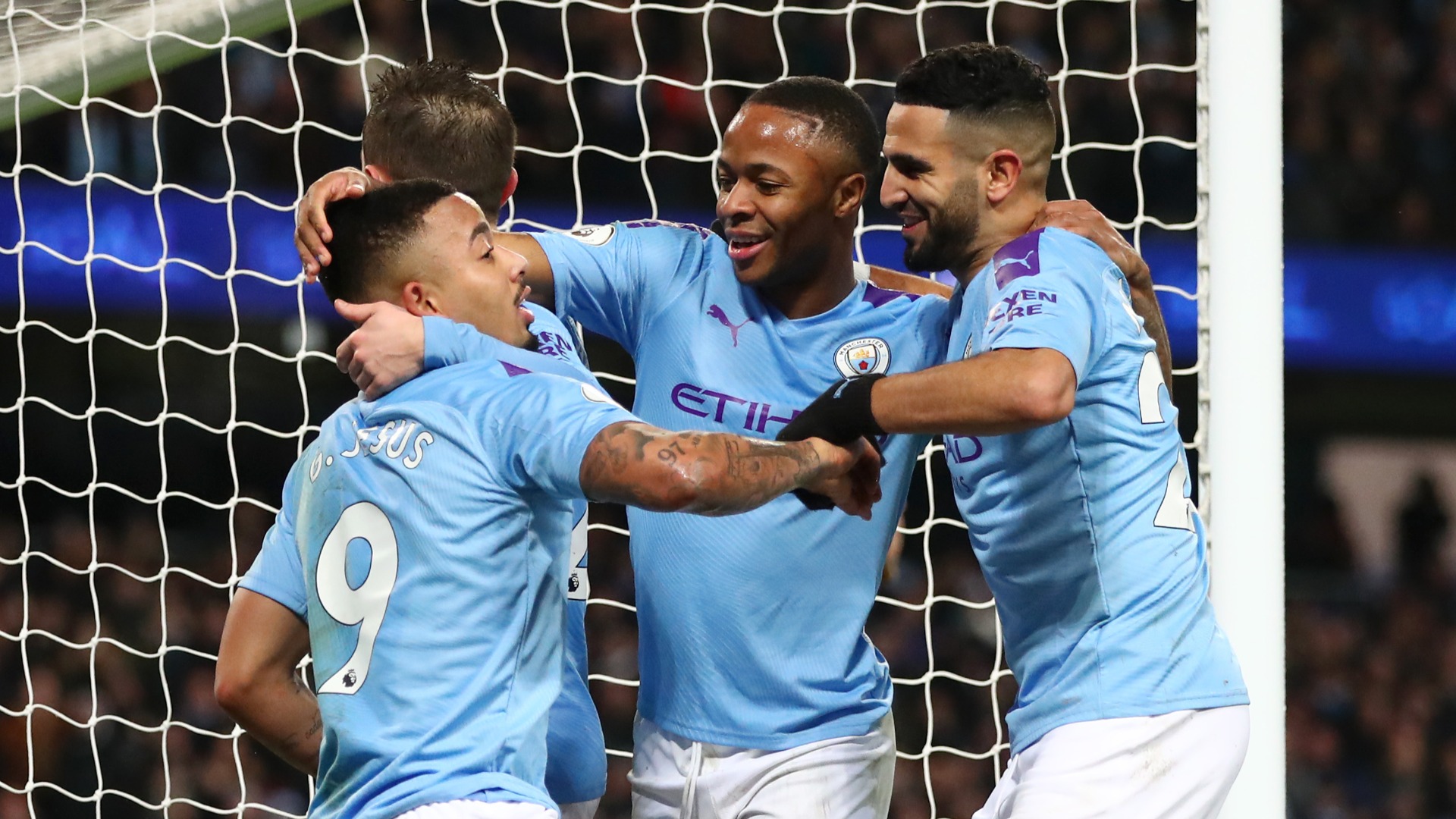 Watford ended a 12-game winless run at home in the Premier League with an unlikely 2-0 victory against Manchester United on Sunday following a David de Gea error.

De Gea failed to make a routine save from Ismaila Sarr, before conceding a Troy Deeney penalty as United lost by more than a single goal to a team starting the day bottom of the table for the first time since April 2005 – also 2-0 against Norwich City.

If the nature of the first goal was surprising, the same could not be said of the second. De Gea has failed to save the past 15 spot-kicks he has faced in the league.

And Deeney netted from 12 yards against United at Vicarage Road again, now having done so in four of the past five seasons. 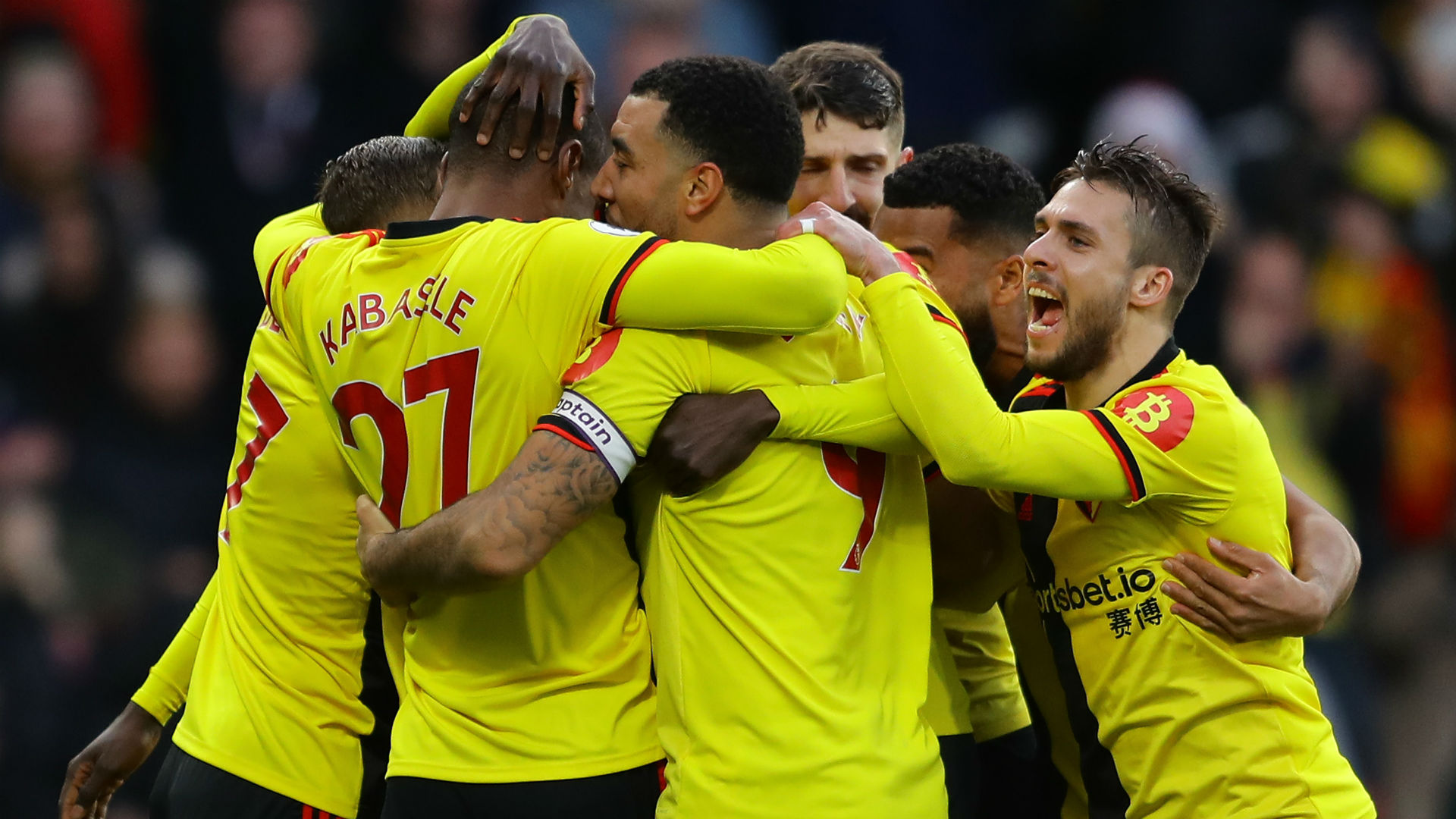 Mourinho had not lost in 13 previous home matches against former clubs, winning all but one, but Chelsea got the better of Spurs at Tottenham Hotspur Stadium.

Willian's second goal – from the penalty spot – was the 100th Chelsea have scored against Tottenham in the Premier League, while they have now won three consecutive games against their London rivals in all competitions for the first time since January 2008.

There are concerns at both ends of the pitch for Mourinho. Spurs mustered just five shots in total – their third lowest haul at home in the league since Opta records began in 2003-04 – while they have conceded the joint-most goals (14, along with Arsenal) in all competitions of all Premier League clubs since the Portuguese took charge.

They will have to do without Son for the next three matches after his dismissal, too. He is the first player to be shown three red cards in a calendar year in the Premier League since Lee Cattermole in 2010.