Chennai Super Kings are three-time champions and KKR have won the IPL twice. Both teams did not make the knockouts in IPL 2020. 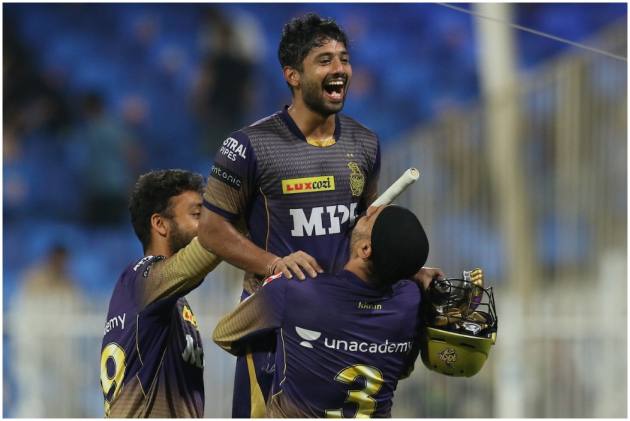 If numbers are anything to go by, then CSK, in their astonishing ninth final appearance in 12 editions (they were suspended in two), are certain to start favourites against Kolkata Knight Riders on ‘Dussera’ day but in terms of trophies, there isn’t much of a difference.

CSK have three titles with five final defeats while KKR have won both their finals under the mercurial Gautam Gambhir. No team has mastered the art of reaching finals like Dhoni’s CSK. But KKR will definitely be in the hunt since they won one of the most exciting high-scoring summit clash back in 2012 where they chased a target of 190 with two balls to spare.

On Friday, CSK’s chances of winning a fourth title will depend on how well they handle the 12 overs from KKR’s spin trio of Varun Chakravarthy (economy rate 6.40), Shakib Al Hasan (ER:6.64) and Sunil Narine (ER:6.44), who have been outstanding in this tournament.
In fact, Shakib’s all-round abilities have provided more balance to KKR during the business end once Andre Russell sustained a hamstring injury.

Can @KKRiders ðÂÂÂ win their third appearance in a final and grab hold of that trophy? ðÂÂÂ

However, the final match comes with its own set of pressures and how these three perform when put under the pump will be the key against a team of battle-hardened ‘been there done that’ professionals. Dhoni’s captaincy mantra is simple – rely on experience as IPL is not a finishing school or place to groom youngsters how talented they may be.

He groomed Ruturaj Gaikwad when the pressure of qualification was off his back in 2020 and the Pune lad has played freely. He has scored three half-centuries and with his rise, Dhoni laid the groundwork for not just next year but many more to come fr his franchise.

It shouldn’t surprise anyone if Gaikwad becomes the next CSK captain once Dhoni calls time on IPL, which could be next year or the year after that. No one knows the drifts and patterns of IPL more than India’s most revered white-ball captain.

He understands that for IPL consistency, one needs experienced players primarily along with one or two talented youngsters. Therefore, the job that Suresh Raina used to do during his initial years, is now being done by the young Gaikwad, who has scored an astounding 600 plus runs in the tournament with a match to go.

Hell or high water, CSK’s batting will revolve around Gaikwad, who if all goes well, will surely be one of the biggest all-format batting stars in the post Virat Kohli-Rohit Sharma era.

There is abundant experience in the CSK ranks. The skipper himself is on the other side of 40 with Dwayne Bravo at 38, Faf du Plessis at 37, Ambati Rayudu (36) Robin Uthappa a few weeks short of his 36th birthday along with Moeen Ali (34) and Ravindra Jadeja (32).

Add to it, three mid-level experienced internationals like Josh Hazlewood, Deepak Chahar and Shardul Thakur, who understand the pressure situations well and CSK seem immune to big match pressure. Dhoni is a master at maneuvering resources. An example of it this IPL was his ‘right-hand man’ and a true-blue IPL legend Raina being dropped.

The former India player looked distinctly overweight and completely out of touch and the ruthless operator replaced him with Uthappa, who had a big role in winning the game against Delhi Capitals with that resounding start to the chase.

The Knight Riders, on the other hand, also have a captain who has won a World Cup and has been at the heart of the England team’s transformation as white-ball captain. Many believe that Russell the batter should replace Morgan, who has had an awful IPL with the willow.

But it’s the leadership that has stood the test of time as he has marshalled his available resources well. He stuck with Shubman Gill as an opener and the youngster has had a decent run. The faith shown in Venkatesh Iyer will also benefit the Indian white-ball team while

Narine the bowler found his mojo under him with constant support after remodelled action.
Morgan is as quiet and as unexpressive as Dhoni even in testing times and it would be a contest of two ticking brains trying to gauge the next move in what promises to be a mouth-watering three-hour battle.