As it turned out, the dance is called 'Pujara Dance', started by Rishabh Pant. 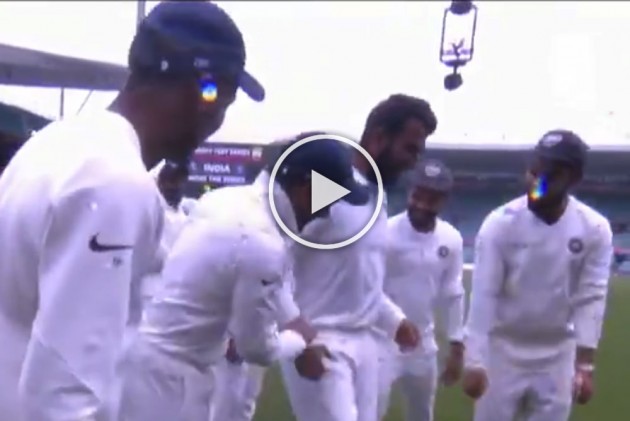 Cheteshwar Pujara is the man of the hour in the cricket world. Everybody is talking about him, how a quiet and humble player overshadowed the likes of Virat Kohli, helping India win their first ever Test series in Australia.

But Pujara, who won the man of the series award for his indefatigable batting during the four-match series, needed lots of coaxing from his India teammates when the time came to celebrate, at least on the field.

After the fifth day's play of the fourth and final Test was abandoned without a single ball being bowled, Indian team took a lap of honour at the iconic Sydney Cricket Ground, then indulged in an impromptu dance routine.

As it turned out, the dance is called 'Pujara Dance', started by Rishabh Pant, trying to mimic Pujara's walking style.

It's a laugh riot. Watch:

Pujara scored 521 runs with the help of three centuries, in a series which witnessed Kohli drawing a blank on the hundred-count and not a single Aussie batsman reaching the three-figure mark.