Andy Murray, now ranked a lowly 503, will play top seed Dominic Thiem in the last eight of the China Open on Friday 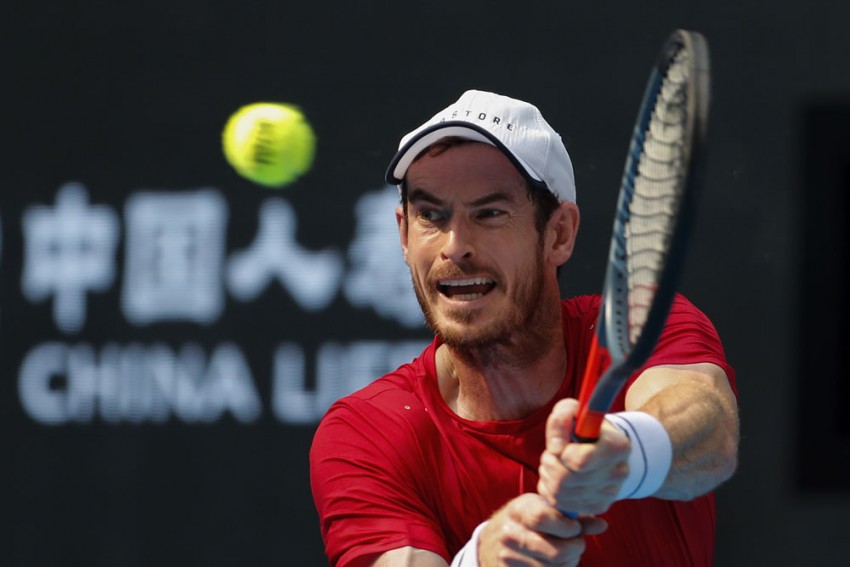 Andy Murray of Britain hits a return shot against his compatriot Cameron Norrie during their second round of the men's singles match in the China Open tennis tournament at the Diamond Court in Beijing, Wednesday, Oct. 2, 2019.
AP Photo
Agencies 2019-10-02T21:55:43+05:30 China Open: Andy Murray Reaches Beijing Quarters And Celebrates With A Snooze 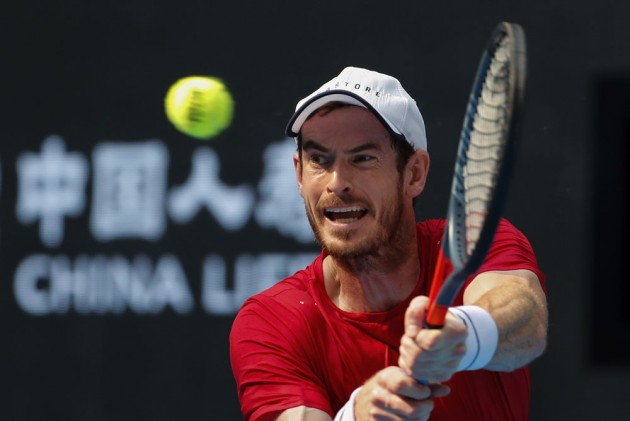 Exhausted Andy Murray battled into a singles quarter-final for the first time in a year on
Wednesday -- and then immediately grabbed a snooze.

The 32-year-old, now ranked a lowly 503, will play top seed Dominic Thiem in the last eight of the China Open on Friday.

On the mend after a career-saving hip operation in January, Murray looked all in afterwards, and walked gingerly in and out of the post-match press conference.

Blowing out his cheeks several times, the three-time Grand Slam champion said he had
slept in the 90 minutes between his victory and talking to reporters.

"I'm tired, I just had a sleep before coming. I mean, I'm really tired," he said.

To save his creaking body from more punishment, Murray said that he switched tactics in the deciding third set.

"I decided if I want to win I have to go and take risks and come to the net, try and finish the points quicker, which I did," he said.

Murray defeated US Open semi-finalist Matteo Berrettini on Tuesday for his biggest scalp since his return to singles tennis in mid-August.

The hard-fought triumph over 69th-ranked Norrie means he reaches the last eight in singles on the ATP Tour for the first time since Shenzhen in September last year.

Murray showed several flashes of irritation as the first set went to the tie break, chuntering
away in the direction of his coaching team courtside.

But he regained his composure and captured the set thanks to an untimely double fault by
his compatriot.

The 24-year-old Norrie broke Murray's serve in the sixth game of the second set and Murray
was struggling, bending over between points with his hands on his knees to catch his breath.

He shook his head as he slumped red-faced in his seat at 5-2 down.

He displayed the battling qualities which took him to number one in 2016 to somehow surge
back, only to lose the second set on the tie break.

But he wrestled back the initiative in the decider, breaking Norrie's first service game on
the way to a trademark gritty victory.

Also into the quarter-finals was Russian fourth seed Karen Khachanov, a 7-6 (7/0), 7-6 (7/5)
winner over France's Jeremy Chardy. He faces the Italian Fabio Fognini.

In the women's draw, world number one Ashleigh Barty will face Czech seventh seed Petra Kvitova in the quarter-finals.

"I think I was pretty loose, I played a pretty stupid (second) set," said Barty.

"I made far too many errors, let her back in the match well and truly.

"I think too many times I gave away cheap service games... when I did have my opportunity, I didn't take it.

"A bit of a frustrating one."