Almost a month after dispatching Anthony Sinisuka Ginting at the World Championships bronze in Basel, B Sai Praneeth lost to the same opponent 21-16, 6-21, 16-21 and the Indian challenge ended at the China Open badminton tournament. 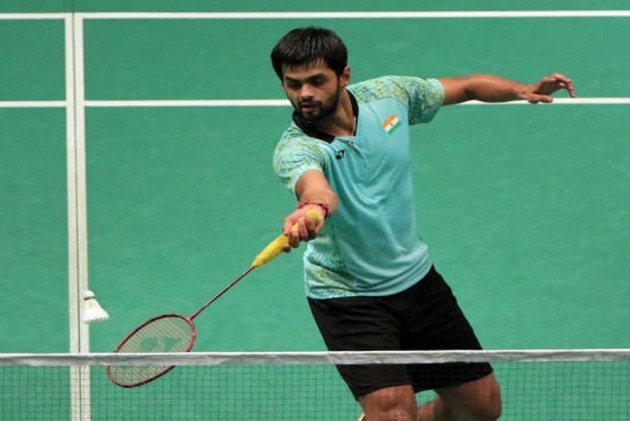 B Sai Praneeth suffered a three-game loss to world no.9 Anthony Sinisuka Ginting in the quarterfinals to draw curtains on India's campaign at the China Open World Tour Super 1000 badminton tournament on Friday (September 20).

Almost a month after dispatching the Indonesian en route his historic world championships bronze at Basel, World No.15 Praneeth went down to the same opponent 21-16 6-21 16-21 in 55 minutes to end his campaign. (BADMINTON NEWS)

Ginting will now take on eighth seeded Denmark's Anders Antonsen, who had clinched the silver at the World Championships.

Praneeth, who had reached the finals of Swiss Open early this year, came into the match with a 3-2 advantage in the head-to-head count against Ginting but he ran out of steam after winning the opening game.

Praneeth opened up a 3-0 lead early on and then kept widening the gap, reaching 11-3 at the break.

Ginting tried to make a comeback and was 11-14 at one stage but the Indian ensured there were no hiccups as he pocketed the opening game comfortably.

In the second game, Ginting galloped to a 9-4 lead after grabbing six straight points and entered the interval with a cushion of 11-5.

The Indonesian continued to rule the roost after the break, jumping to a massive 18-6 lead and soon roared back into the contest.

The decider was a close affair as Praneeth erased a 2-6 deficit to catch up with Ginting and was ahead 11-7 at the breather. A fighting Ginting, however, turned the tables after reeling off six points on the trot to reach 13-12.

The Indonesian kept his hold on the proceedings after that to grab four match points and converted it easily to enter the semifinals.

Last month, Praneeth had reached the semifinals of the World Championships to end India's 36-year wait for a men's singles medal at the tournament.

He emulated legendary Prakash Padukone, who had also won a bronze at the 1983 edition.