Satwiksairaj Rankireddy and Ashwini Ponnappa recovered from a mid-game slump to outwit the World No. 7 combination of Praveen Jordan and Melati Daeva Oktavianti 22-20, 17-21, 21-17 at the China Open badminton tournament on Tuesday. 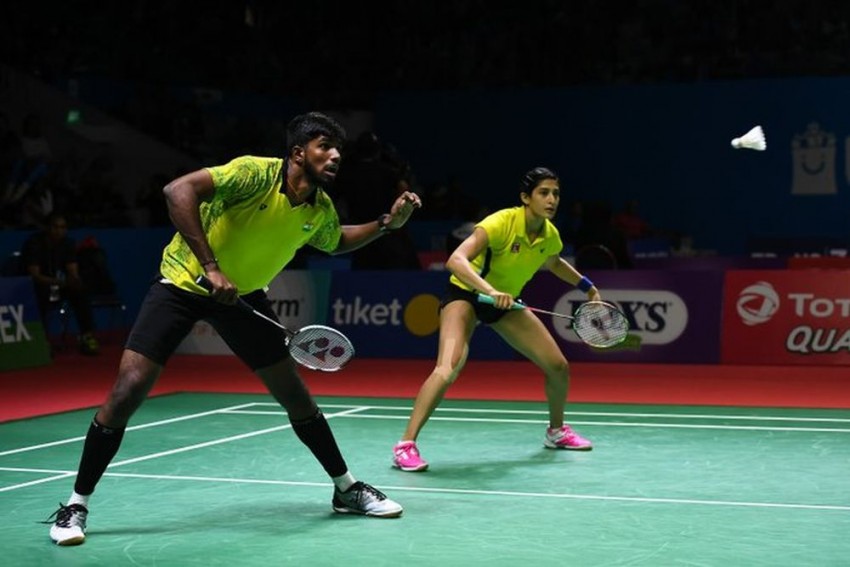 Satwiksairaj Rankireddy and Ashwini Ponnappa will now face the winner of the match between Japan's Yuki Kaneko and Misaki Matsutomo and Ireland's Sam Magee and Chloe Magee in the second round of the China Open badminton tournament.
Twitter
PTI 2019-09-17T11:11:54+05:30 China Open Badminton: Satwiksairaj Rankireddy-Ashwini Ponnappa Register Stunning Win, Progress To Round 2 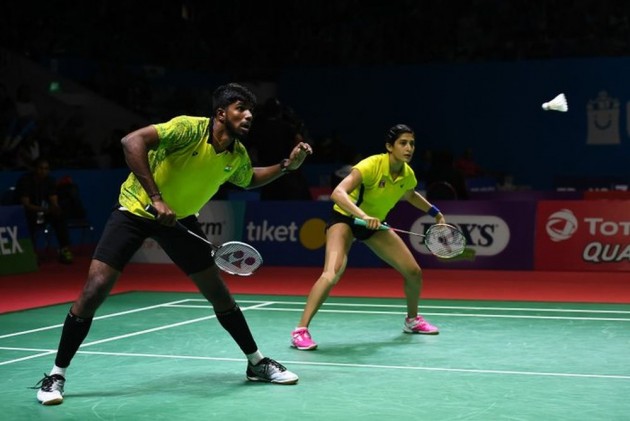 India's mixed doubles pair of Satwiksairaj Rankireddy and Ashwini Ponnappa stunned Indonesia's world no 7 combination of Praveen Jordan and Melati Daeva Oktavianti in the opening round of the China Open badminton tournament here on Tuesday.

Rankireddy then paired with Chirag Shetty to beat the Canadian duo of Jason Anthony Ho-Shue and Nyl Yakura 21-7 21-18 in a 30-minute match to enter the men's doubles second round. The Indian pair now face the fourth seeded Japanese duo of Takeshi Kamura and Keigo Sonoda.

Jordan and Melati have so far reached five finals, including the 2018 India Open, but they wilted under the relentless pressure created by the Indian pair.

Ashwini and Satwik will now face the winner of the match between Japan's Yuki Kaneko and Misaki Matsutomo and Ireland's brother-and-sister combo of Sam Magee and Chloe Magee at the Olympic Sports Center Xincheng Gymnasium here.

The Indian pair had fallen back 4-7 early on but they reeled off five straight points to turn the tables and then held a slender 11-10 advantage at the break.

Jordon and Melati, however, build up a huge lead of 18-12 after the interval but the Indian duo slowly erased the deficit and caught up at 20-20 and then sealed the opening game.

In the second game, the Indonesian pair moved ahead from 4-4 to enter the breather with a 11-8 cushion. Jordon and Melati continued to march ahead to eventually roar back into the contest.

In the decider, Satwik and Ashwin changed their tactics and jumped to a 4-2 lead initially. The Indian duo kept things under control, entering the break with a 11-6 lead.

Jordon and Melati tried to make a comeback but the Indian pair kept their nose ahead to shut the doors on their fancied rivals.