Matches in China are indefinitely suspended over the coronavirus outbreak but the football association has issued detailed orders, telling clubs how long players must train each week, what exercises they must do and even how slim they must be 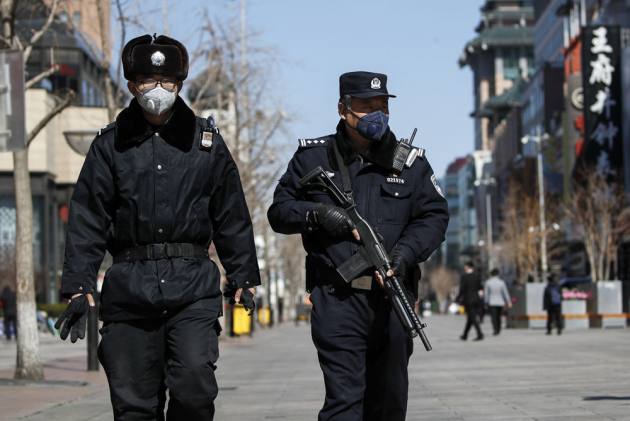 Chinese football clubs and national teams must undertake "spring military training" to defeat the coronavirus and help fulfil President Xi Jinping's dream of making the country a force in the sport, officials said.

Matches in China are indefinitely suspended over the outbreak but the football association has issued detailed orders, telling clubs how long players must train each week, what exercises they must do and even how slim they must be.

The strict instructions, the latest in a series handed down by the Chinese Football Association (CFA) in recent years, are likely to be met with surprise by coaches such as Rafael Benitez and Fabio Cannavaro with a background in European football.

But Cannavaro, at Chinese Super League (CSL) champions Guangzhou Evergrande, and Benitez at Dalian Pro are among the coaches who will be held directly responsible for incorporating the training regime into their pre-season programmes.

The order was made on Friday, and clubs had until Tuesday to tell the CFA how they would adhere to it. They will also face random inspections to make sure they're following the instructions.

The CFA said the training was designed to help realise Xi's grand plans, launched in 2016, to make China a major footballing nation.

At the same time, players must also do their bit to fight the deadly coronavirus, which emerged in central China in December and has since spread across the world.

"Achieve epidemic prevention and control on one hand, and focus on training and battle preparations on the other," the CFA said.

"Both hands must be strong and both battles must be won." "Men's and women's national teams and professional football clubs are requested to strictly follow the notice," the CFA added.

The results of the surprise checks will be made public and clubs will be ranked to shame underachievers into action.

"The head coach of each team is the direct responsible person," said the CFA, in a nod to the likes of Italian World Cup winner Cannavaro and Benitez, who led Liverpool to the 2005 Champions League title.

The order goes into extraordinary detail, saying teams must train for at least 16 hours a week and meet targets in tests that include squats, bench presses and vertical jumps.

All players must have a body fat percentage of less than 11 percent.

The CSL season was due to begin in late February but was indefinitely postponed because of the coronavirus. Most teams are currently training abroad.

The new rules also apply to the women's and men's national teams. The latter are ranked a lowly 76th in the world and have reached the World Cup only once, in 2002.

It is just the latest military-style order designed to improve the fortunes of Chinese football.