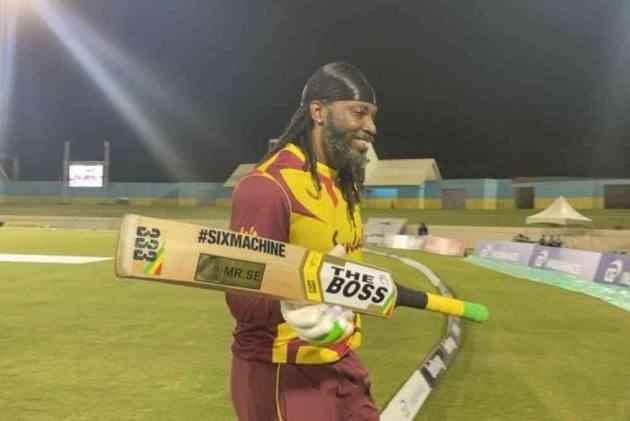 At 41, Chris Gayle is not getting any younger but he did dial back a few years with a match winning 38-ball 67 which helped West Indies defeat Australia by six wickets and take a 3-0 lead in the T20 series. Cricket News | Scorecard

With this innings, Gayle who plays for Punjab Kings in Indian Premier League, became the first player in the world to score 14,000 runs  in T20s.

Gayle who has had many records to his name is still the most fearsome batsman in the T20 format. He gave the glimpse of  his power hitting, slogging Australian bowlers for seven sixes and four boundaries in the third T20I at St Lucia.

Australia were defending a modest total of 142 and Gayle made a mockery of the target adding 67 runs of 38 balls.

This was Universe Boss’ best score in the series so far. He had scores of 4 and 13 so far in the first T20s.

“Don’t mind the numbers ... you guys should be happy to see Chris Gayle on the field still. Hopefully Chris will last as long as possible. Cherish those moments ... just respect the Universe Boss and let him play cricket and have some fun,” says Chris Gayle #WIvAUS pic.twitter.com/T82uZ1Es4g