The Phoenix Suns reached for the playoffs for the first time since 2009-10, while NBA champions the Los Angeles Lakers lost again 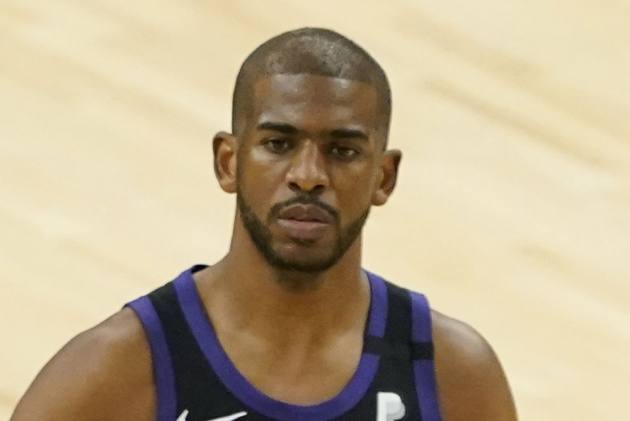 Paul posted 25 points in the second half, finishing with three rebounds and 10 assists as the Suns (44-18) returned to the postseason for the first time since 2009-10.

Phoenix's playoff drought was the second longest active in the NBA, with only the Sacramento Kings waiting longer.

All-Star Paul, who joined Western Conference hopefuls the Suns from the Oklahoma City Thunder last year, said: "It means a lot. It's a special team. To be reconnected with a coach [Monty Williams] who coached me 10 years ago.

"He trusted me as a 35-year-old who a couple of years ago they said was done."

The Philadelphia 76ers – second to the Brooklyn Nets in the Eastern Conference – also secured their playoff berth courtesy of a 127-83 rout of the Atlanta Hawks thanks to a team-high 20 points from Seth Curry.

The 76ers have now made the postseason for four consecutive seasons, which is their longest streak since they made five straight playoff appearances from 1999 to 2003.

NBA leaders the Utah Jazz scored a franchise-record 154 points as they humbled the Kings without All-Stars Donovan Mitchell and Mike Conley. The Jazz won 154-105, blowing their opponents apart with a 46-17 second period, which tied as a franchise-record quarter differential.

Former MVP Russell Westbrook (18 points, 18 rebounds and 14 assists) led the Washington Wizards to their 11th triumph from their past 13 games, while condemning defending champions the Los Angeles Lakers to their fourth defeat from their past five in a 116-107 win. It was Westbrook's third season with 30-plus triple-doubles, no other player in NBA history has had more than one season with 30-plus triple-doubles.

Jaylen Brown (38 points) and Jayson Tatum (35 points) became the first Boston Celtics team-mates to each record 35-plus points in a game since 2006 as the franchise defeated the Charlotte Hornets 120-111.

Kevin Love was held scoreless until the fourth quarter. While he collected 10 rebounds and tallied six assists, 2016 NBA champion Love was just two-for-11 shooting in 35 minutes, making just two of 10 of his three-point attempts.

You be the judge?

Zion Williamson was denied a game-tying lay-up in the dying seconds of the New Orleans Pelicans' 114-112 loss to the Denver Nuggets, although the block from MVP candidate Nikola Jokic appeared to be a missed foul.

Nikola Jokic comes up with CLUTCH SWAT to seal it for the @nuggets! pic.twitter.com/BRsYepkeMk

The star-studded Nets (42-20) are getting their troops back and they make the trip to face the Indiana Pacers (29-32) on Thursday.