Shocked and appalled, the finale of Bangladesh's tour of New Zealand was canceled 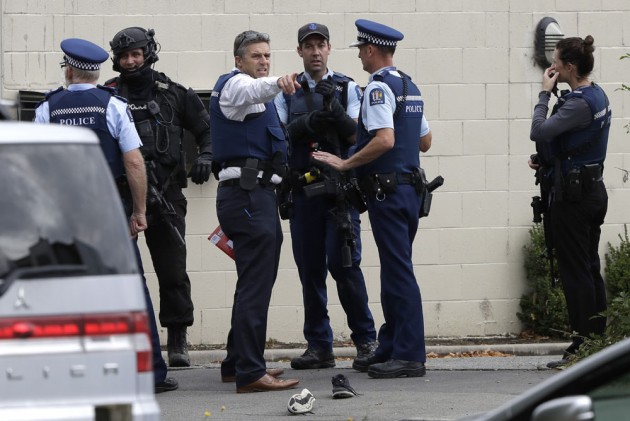 The third and final Test match between New Zealand and Bangladesh was called off in the wake of the terror attacks in Christchurch on Friday.

The attacks didn't happen in any sporting facility, and the Bangladesh cricketers who were about to enter the mosque to offer prayers, escaped unscathed.

At least 40 people have been killed in the attacks on the Masjid Al Noor mosque in Hagley Park.

But shocked and appalled, the tour finale was canceled; and was approved by the game's world governing body, the International Cricket Council (ICC).

Here we look at seven sporting events marred by acts of terrorism:

During the 1972 Munich Olympics, Palestinian militant group Black September held hostage of the Israeli national team. In the ensuing siege, 11 members of the Israeli contingent along with one German police officer were killed.

Tamil Tiger suicide bomber attacked the start of a marathon race held as a part of the Sinhala and Tamil New Year celebration in Weliweriya town, Sri Lanka killing 15 people, including a minister and famous athletes.

A suicide bomber attacked the hotel where the New Zealand cricket team were staying in Karachi, Pakistan in 2002, killing 14 people, which included 11 French Navy experts, two Pakistanis and the host team's physiotherapist.

Hours before Real Madrid-Barcelona UEFA Champions League semi-final match at Bernabeu Stadium, a car bomb was detonated outside the venue by expected members of Batasuna (a group linked to ETA). 17 people got injured in the blast.

Borussia Dortmund team bus was attacked with roadside bombs in Dortmund team to the Westfalenstadion for their UEFA Champions League quarter-final against Monaco. Marc Bartra and a policeman were wounded.