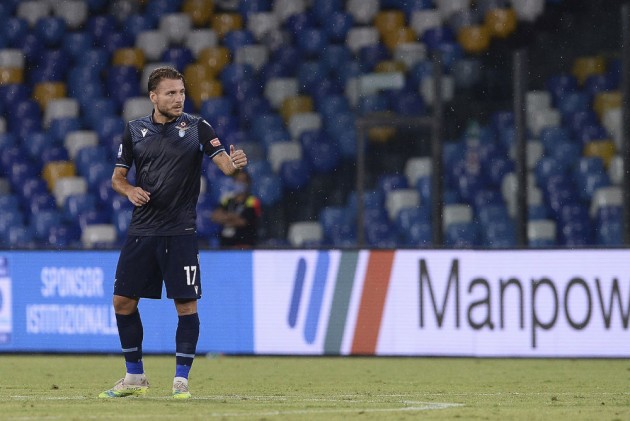 Ciro Immobile tied Gonzalo Higuain's record for most goals in a Serie A season, while his tally of 36 also means he finishes as the European Golden Shoe winner for 2019-20. (More Football News)

Lazio's prized asset was on target in a 3-1 defeat to Napoli as Simone Inzaghi's side ended their domestic campaign in fourth, with their title challenge falling apart upon Serie A's resumption following the coronavirus-enforced break.

Immobile's return matches that achieved by Higuain in the 2015-16 campaign when the Argentine striker was playing for Napoli.

The 30-year-old has enjoyed his most prolific campaign in front of goal and was all but guaranteed to finish as Serie A's top scorer when Juventus opted to rest Cristiano Ronaldo for their own finale against Roma.

36 - Ciro #Immobile has scored 36 goals in #SerieA this season, equalling the record of goals scored in a single Serie A campaign set by Gonzalo #Higuain in 2015-16. Legendary. #NapoliLazio pic.twitter.com/0aZW4D0jtJ

Immobile outscored the likes of Bayern Munich's Robert Lewandowski (34), Ronaldo (31) and Lionel Messi (25) this season in a campaign where experienced strikers shone, with 33-year-old Jamie Vardy ending as the Premier League's Golden Boot winner with 23.