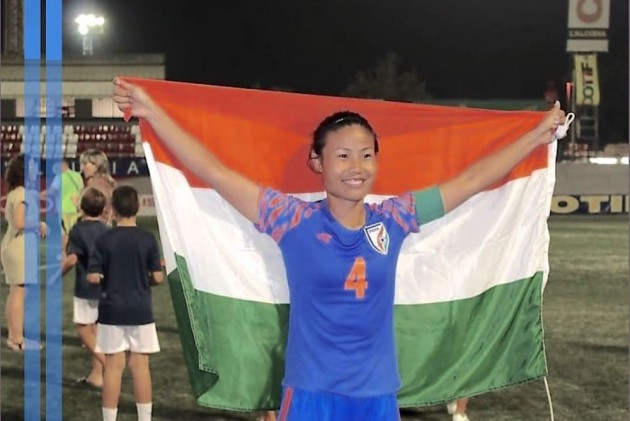 Rueing at the condition of Indian women footballers in the country, national team’s captain Loitongbam Ashalata Devi said that some clubs treat players like vegetables in the market. (More Football News)

She said that in the Indian Women's League (IWL), the players don’t get paid properly. As a result, the parents also don’t want their daughters to play.

“It’s unfortunate that we have to bargain and demand. It feels that we are vegetables in the market. They would bargain for a small amount. Many of us have faced this kind of situation. Even I sometimes think that if I were a male player, I would have got a handsome salary,” Ashalata, a native of Manipur, told Outlook.

Ashalata, who became the first centre back to be named the AIFF Player of the Year 2019, further said that it’s very difficult for a woman player to help their family financially.

“Many players don’t even get Rs 1 lakh in a season. The girls do equal hard work like the male players but where is the reward,” she added.

Terming Ngangom Bala Devi’s stint with Scotland’s Rangers FC as positive development, the 27-year-old said that many other Indian women are also capable of playing outside but they lack proper facilitation.

“There are a good number of players in our team who can easily go outside and play. But for that thing you need good agents and sponsors. Most of the players don’t have an agent to look after that part. Many women players even have to buy their supplements. Not everyone has a job. And the lockdown has put them in more trouble,” Ashalata, who just celebrated her birthday on July 3, said.

She, however, is hopeful of better days and play in the World Cup soon, especially with India set to host a couple of mega football tournaments in the next few years.

“It has improved a lot in the last two to three years. Earlier, we hardly had the exposure tours. But the last two years have been great. We have been travelling outside to play games. Now, the IWL is also taking place. That has improved the level of competitiveness and it also means more tournaments,” said Ashalata, an ardent fan of English women duo Alex Scott and Lucy Bronze.

“Along with that, organizing these kinds of bigger tournaments will help us get better infrastructure in our country. And our dream is to qualify for the World Cup which is not impossible. For the last couple of years, we have been working hard for that. I’m confident that we will be able to play the World Cup in the next five years,” she said.

Indian women team is now ranked 55 in the FIFA table.