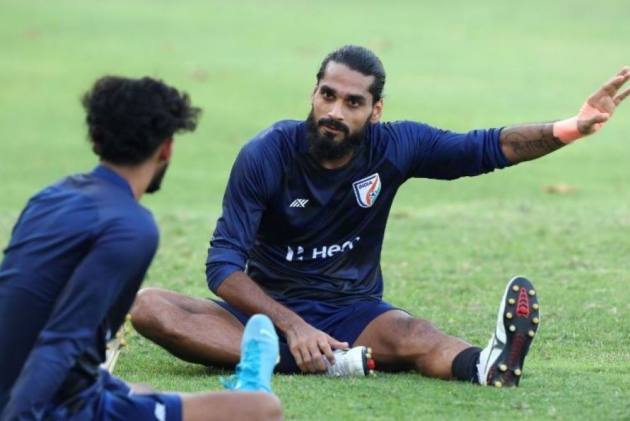 Referring to Jhingan's move to Croatia to play league Football, Stimac said: "Having in mind that the Croatian league has already had five rounds, and the players are fit, we are thinking as to how we can help Sandesh get into form as soon as possible, and also try to facilitate him get his place in the team.

"It's important for him to get into the playing XI. So we may consider releasing him from the camp and bringing him back but allow him to stay with the club."

Stimac had coached Croatia to the 2014 FIFA World Cup in Brazil.

The Indian team's defensive mainstay Jhingan is expected to join Croatian top division club HNK Sibenik, making use of a clause that allows him to leave his current club ATK Mohun Bagan if he gets an opportunity to play in Europe.

India will be travelling to Kathmandu later this month to play Nepal in two international friendlies in September.

"It is very difficult to organise matches under such circumstances. You need to understand that no one is able to come to India, and if we want to go out to play there are quarantine rules. So the options are very limited," Stimac said.

"We had agreed to first play Libya and Jordan in Istanbul. But the long duration of quarantine in Istanbul didn't allow us to proceed with the matches.

"We also looked at other options wherein we agreed to play Nepal and Malaysia in Nepal. But Malaysia couldn't travel owing to quarantine rules back home in their country," the coach added.

"Now we need to prepare for the next 12 days before we head to Nepal. We also have the SAFF Championship in October followed by the AFC U-23 Qualifiers -- maybe the best option will be to hold on with the U23 team all throughout October."

Stimac expressed his delight after India XI's exhibition match with IFA XI at the Salt Lake Stadium on Monday evening.

India XI rode on a second-half strike from Akash Mishra to win by a solitary goal.

"I am really happy and grateful about the organisation of this game, and we will do our best to have such games like this one," Stimac stated post-match.

"We won't mind having such matches regularly, and maybe in another 7 days we may think and want another practice game like this," the coach said.

"Kolkata is a great football place and during the pandemic when it is difficult to find games, this is one of the best places to train."

The match was organised to commemorate the 'Khela Hobe' Divas in West Bengal and graced by the state's sports and power minister Arup Biswas among others.

"I was cautious about my players not picking up injuries, and wanted to understand how they handled the game. They went into the pitch after a long time, and without much practice," Stimac said.