Jeremy Lalrinnunga lifted a total of 305kg (141kg+164kg) in the men’s 67kg event. He also created NR in the snatch event but was unable to do the same in the clean and jerk. Sheuli won gold in the men's 73kg category. 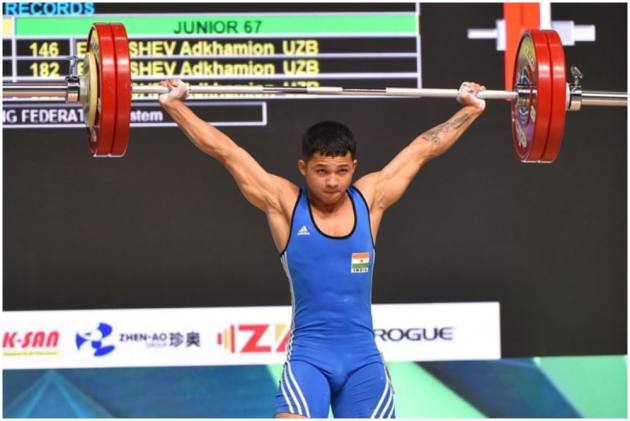 India’s teenage weightlifting sensation Jeremy Lalrinnunga and Achinta Sheuli clinched gold medals on Friday at the Commonwealth Championships in Tashkent and booked their spots in the 2022 Commonwealth Games in Birmingham. (More Sports News)

The 19-year-old also created a national record in the snatch event enroute to his podium finish but was unable to do the same in the clean and jerk section where he failed to lift 168kg.

Meanwhile, Sheuli claimed the top place on the podium with an effort of 316kg (143 + 173) in the men's 73kg category. He had won a silver in Junior World Championships in May.

In the World Championships which are being held simultaneously with the Commonwealth Championship, the Mizo teenager was placed fourth in snatch and seventh overall. Jeremy had suffered a knee injury in April during the Asian Championships here.

He had finished fourth at the Junior World Championship in May but was unable to make the cut for the Tokyo Olympics. The Commonwealth Weightlifting Championships also serve as a qualifying event for the 2022 Commonwealth Games in Birmingham.

The gold medalists in each weight category in the Commonwealth Weightlifting Championships directly qualify for the 2022 CWG and the rest will qualify through Commonwealth rankings.