Lionel Messi, who has played every minute of Argentina's matches at the tournament, is chasing his first Copa America trophy with the national team 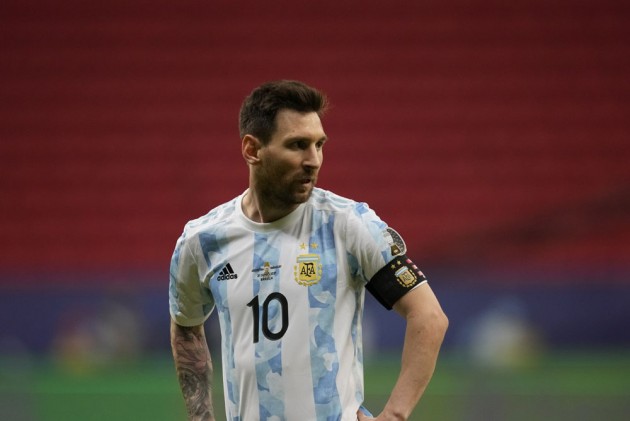 Record-chasing Lionel Messi doesn't want to rest at the Copa America despite Argentina already having secured its place in the quarterfinals. (More Football News)

Argentina's captain was one of the few regular starters named Sunday by coach Lionel Scaloni to play Bolivia in its final match in Group A.

The 34-year-old soccer great is currently tied with Javier Mascherano with a record 147 appearances for the national team. Messi is set to take the record outright Monday at the Arena Pantanal in Cuiaba when he joins fellow veterans Sergio Agüero and Ángel Di María up front.

Messi, who has played every minute of Argentina's matches at the tournament, is chasing his first Copa America trophy with Argentina.

Scaloni kept only four players — including Messi — from Argentina's starting lineup in the 1-0 win against Paraguay.

“I think everything about Messi has already been said,” Scaloni said Sunday.

“We are proud to have him and we are convinced he will give us more joy.”

Emiliano Martínez, who has played in every match for Argentina at the tournament so far, won't start against Bolivia. The goalkeeper will be suspended for the quarterfinals if he gets another yellow card. Franco Armani takes his place.

Argentina leads the group with seven points, followed by Paraguay (6), Chile (5) and Uruguay (4). Bolivia is last with zero points and already out.

The top four teams in each of the two groups advance to the knockout stages.