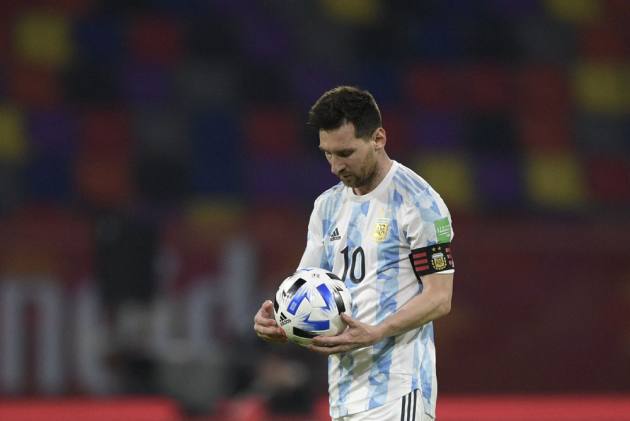 Lionel Messi will have another chance to win a major trophy with the Argentina national football team in the 2021 Copa America. Neymar's Brazil are the defending champions. Luis Suarez's Uruguay remain another favorites. (More Football News)

South American football body, CONMEBOL, on Wednesday chose Brazil as a replacement host on Monday after Argentina was dropped because of the spread of COVID-19.

Colombia was removed as a co-host on May 20 amid street protests against President Ivan Duque. Many health experts criticized the move to bring Copa America to Brazil, where the death toll is currently at more than 465,000.

The format of the tournament, with two groups of five, was maintained. Group A includes Argentina, Bolivia, Uruguai, Chile and Paraguay. Group B has Brazil, Colombia, Venezuela, Ecuador and Peru. The four best of each group advance to the knockout stage.

CONMEBOL has announced that the historic Maracana stadium in Rio de Janeiro will host the final of Copa America 2021 on July 11. It also picked Brazil against Venezuela as the opener on June 14 at Brasilia's Mane Garrincha stadium.

The decider of the South American championship will be the only match of the tournament at the Maracana, which also hosted the final two years ago when Brazil beat Peru 3-1 to win its ninth title.

Rio and Brasilia will host eight matches of the tournament each. Goiânia will have seven games and Cuiaba, five, all in the group stage. Due to the pandemic, spectators will not be able to attend any Copa America matches.

After the opener, Brazil will play against Peru and Colombia at the Nilton Santos stadium and finish their group-stage campaign against Ecuador in Goiania. If the hosts finish on the top in their group they could play all knockout stage matches in Rio.

Lionel Messi and Argentina will play their first match in the tournament against Chile at the Nilton Santos, clash with Uruguay and Paraguay in Brasilia, and finally face Bolivia in Cuiaba.

Rest of the world *