Luis Suarez and Jose Gimenez scored for Uruguay in their Copa America fixure against Japan. 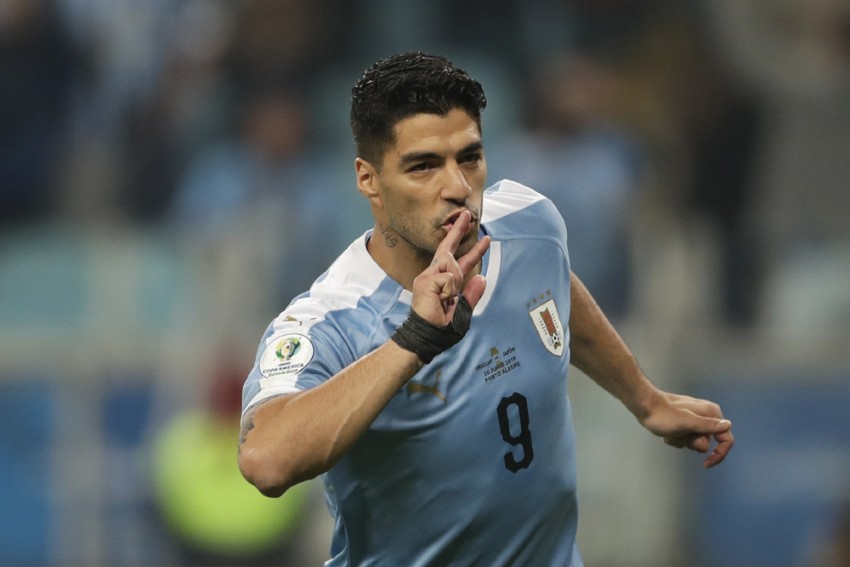 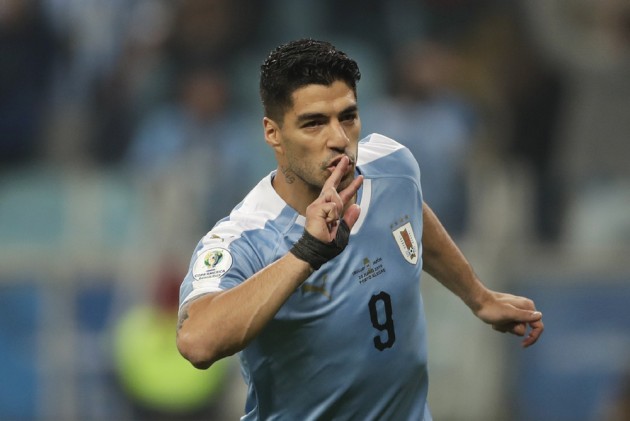 Two goals from Koji Miyoshi helped Japan secure a hard-earned point in a 2-2 draw with Uruguay at the Copa America on Thursday.

Miyoshi twice fired Japan into the lead only for Uruguay to level through a controversial penalty from Luis Suarez and a second-half header from Jose Gimenez.

The draw means Japan have an outside chance of reaching the quarter-finals from Group C, with one game remaining against Ecuador.

Japan had been let down by poor finishing in their defeat to Chile, but were a different proposition at the Arena do Gremio as coach Hajime Moriyasu range the changes in his starting line-up.

Miyoshi meanwhile provided attacking thrust in a new-look Japanese midfield.
Abe created a half-chance on 10 minutes but Okazaki was unable to control his attempted header and flashed his effort high and wide.

Uruguay meanwhile always looked threatening going forward, with the strikeforce of Edinson Cavani and Luis Suarez causing problems for the Japanese back four.

Cavani almost created the opening goal for Suarez in the 12th minute, working a one-two with Diego Godin before crossing for Suarez.

The Barcelona star however could only direct his chance at goalkeeper Eiji Kawashima, who gathered safely.

Naomichi Ueda then had a half-chance for Japan at the other end but his glancing header from a free-kick was easily saved.

The 22-year-old Yokohama F. Marinos midfielder still had plenty to do, but ghosted to the byline before smashing into the roof of the net from a tight angle.

But Japan's joy was short-lived as Uruguay were gifted an equaliser with a VAR-assisted penalty four minutes later.

There appeared to be no question of a foul after Cavani and Ueda came together in the penalty area with the Uruguayan striker stretching to reach a pass.

But VAR ruled that Ueda had fouled Cavani prompting Colombian referee Andres Rojas to point to the spot.

Suarez stepped up to convert and Uruguay were level.

Cavani almost gave Uruguay the lead in the 36th minute with a 25-yard rocket that crashed off the bar but Japan reached the break level.

The second half saw Uruguay gradually get on top but yet another incisive break from Japan led to Miyoshi grabbing his second to make it 2-1 in the 59th minute.

Again though Uruguay were quick to respond, Gimenez heading in Nicolas Lodeiro's cross in the 66th minute to make it 2-2.