The winner of the match will face either Argentina or Ecuador in the semifinals. 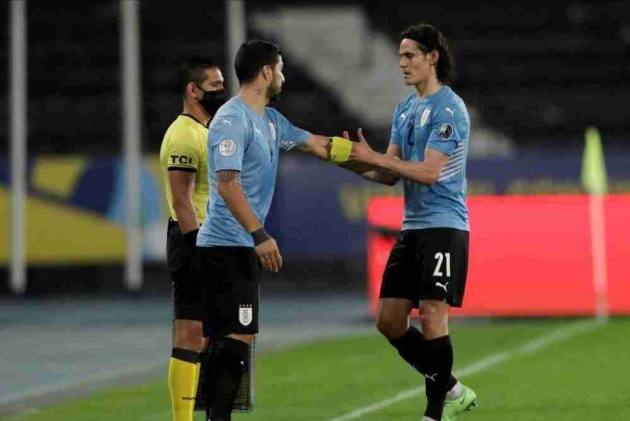 The clash at the Mané Garrincha Stadium in Brasilia features two teams that started the tournament as favorites but are no longer in that category.

Colombia now is without two of its main creative players — Juan Guillermo Cuadrado and Matheus Uribe. Uruguay, which was struggling after a long goal drought before the tournament, is on the rise again after four goals despite a slow start in the competition.

Experienced Uruguay coach Oscar Tabarez, who has held the job for more than a decade, said he is optimistic his team will keep improving for the knockout stage.

“(Uruguay players) have the character to play the matches that are coming. That is seen in the motivation, in the competitive stress," he said.

“We didn't start so well, we had difficulties in getting goals and our game wasn't well put. Now we have developed, we have improved.”

Uruguay advanced to the knockout stage in second position of Group A behind Argentina. It lost to Lionel Messi's team, drew Chile and beat Paraguay and Bolivia to qualify.

Unlike Tabárez, Colombia coach Reinaldo Rueda has just taken the job — with a mix of success.

From the outside, midfielder James Rodríguez criticized his own absence in the squad and denied he was in poor fitness. The team responded by getting its place in the knockout stage without too much trouble after one win, one draw and two losses.

Colombia's hopes were high when the team was beating Brazil for most of their group stage encounter, but a goal by Roberto Firmino helped by an accidental touch on referee Nestor Pitana and a last-minute header by Casemiro broke Colombian hearts.

“What impressed me the most was the perfection of his defensive system against Brazil. The pressure he made on Brazil's defense in the first half was great. He can do that to us too, but now we have the information.”

Uribe, one of Colombia's main midfielders, is out of Copa America due to a muscle injury. Cuadrado was suspended after getting his second yellow in the 2-1 defeat against Brazil.

The winner of the match will face either Argentina or Ecuador in the semifinals. (AP)