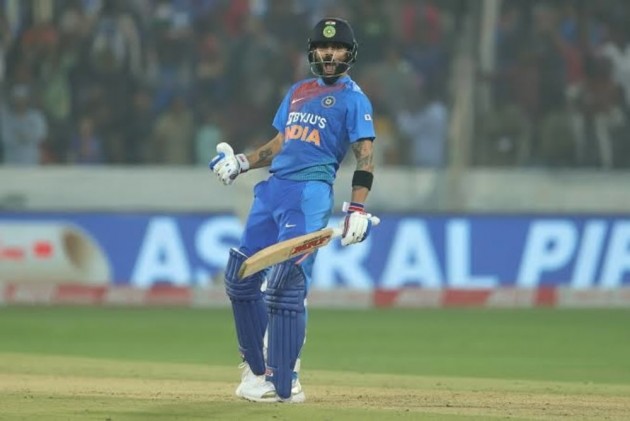 Madhya Pradesh Cricket Association life member Sanjeev Gupta has alleged that Kohli is conflicted as he occupies two posts -- captain of the Indian team and director of a venture which has co-directors linked to Cornerstone Sport and Entertainment Private Limited that has on board, several of his teammates.

BCCI Ombudsman DK Jain has said he "will examine" the complaint by Gupta, who has levelled similar charges against other players in the past which were deemed "infructuous".

"This is with reference to the recent conflict of interest speculations surrounding Virat and Cornerstone. It is unfortunate to repeatedly see Virat's name being dragged into absurd allegations every now and then," Sajdeh said in a statement to PTI.

Sajdeh said allegation of conflict is nothing but conjecture.

"Such speculations are based entirely on conjecture, nothing more. Virat is a contracted, exclusive client of Cornerstone exactly like the rest of our esteemed talent roster," he asserted.

"And as a responsible agency, we once again reiterate that there is no question of any conflict of interest with Virat or any other of our talent for that matter.

"But third parties with whatever vested interests prefer to think otherwise," he added.

Kohli does not have a role in Cornerstone Sport and Entertainment Private Limited. He is, however, a director at Cornerstone Venture Partners LLP and Virat Kohli Sports LLP along with Sajdeh, whose official name is Amit.

But the documents provided by Gupta to back his charge have always been available in public domain.

He had also filed similar complaints against Sachin Tendulkar, Sourav Ganguly and VVS Laxman, which were deemed "infructuous" by Jain.

"I request them to simply check all facts before jumping to their own conclusions. We carry out our business in a very professional and transparent manner which can be easily verified from the documents filed with public authorities from time to time.

"This is all we have to say on this matter once and for all."